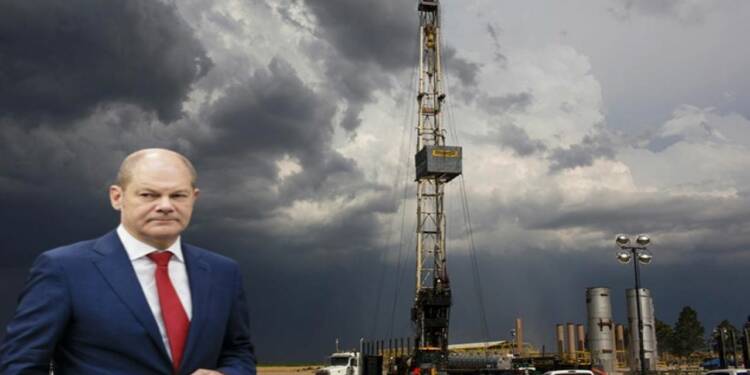 The “malicious move” from Russia as oft-cried by the European countries is seeing darker pictures emerge with every passing day. Russia last week upped the game by curbing natural gas shipments via the key Nord Stream pipeline by about 60% to Europe. And when Nord stream is mentioned, it is mandatory to rope in the western European country, and for more than one odd reason, Berlin is currently hogging back the limelight it deserves.

Fracking gets a YES

Of late, Germany has received the pangs of guilt for needlessly siding up with the US to antagonize Russia over the Ukraine war that was set into motion in late February. As the war still rolls on, Germany is arguably in a quagmire. Inflation has scripted a new high, basic commodities are too hot with a price tag that never go in tandem with common citizens’ needs. More than all, Russia has halted the Nord Stream-1 pipeline as a retort to Germany’s espousal of high valour to put a stop to the much talked about Nord Stream-2 pipelines.

But there is happening a major reversal in its policies. Germany should consider expanding domestic natural gas output, including through the use of fracking, the chief executive of energy giant E.On said.

“We have to ask ourselves whether we could develop additional deposits (of natural gas) in Germany,” Leonhard Birnbaum told WirtschaftsWoche magazine.

Reasons are aplenty for Germany to make this move, as they can’t solely depend on the depleting reserves they have in stock for winter. But the current move centres around the erstwhile stance that GERMANY made when it came to fracking.

Read more: Germany will be the first big European country to opt-out of EU sanctions on Russia

Sourcing more natural gas domestically by using fracking is still not an option for Germany, even in the light of an ensuing energy shortage if Russian gas supplies stopped flowing. This was the rock-solid stand from climate minister Robert Habeck back in April 2022.

Hydraulic fracking paves way for chemicals and high amounts of pressure to be used that may damage the environment leading to water pollution and even calamities such as Earthquakes. Earthquakes in Germany are relatively weak but occur several times a year, some of them in coal mining areas where blasting sets them off.

But with Russia taking an iron fist approach to the blockade, Germany is left with no option but to do a volte-face by beckoning a thumbs-up sign to fracking. This move could initiate a war of words between top heads of the EU and Germany. Berlin being a biggie within the European super bloc could puncture the EU green deal to envision the continent becoming climate neutral by 2050.

So, if the move is to be reckoned with, Germany may lift its long-held ban on fracking to meet its demands. But the darker phase would still not leave completely as it would take at least 4 to 5 years to begin the process, which means Germany won’t be having any fracked gas during this winter, or even next.