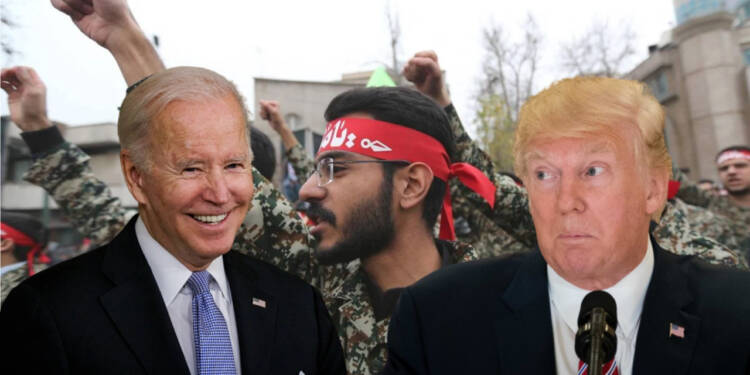 Sometimes in April, when the JCPOA talks were loitering at a slow pace, Iran thought it was time to reignite the long-held rivalry with the west over a war cry.

“It is a definite principle in the foreign policy of the Islamic Republic of Iran that [those involved in Soleimani’s killing] must be brought to justice,” Iranian Foreign Ministry spokesperson Saeed Khatibzadeh said Monday, according to Al Arabiya.

With stagnant JCPOA talks ruing the nuclear dream of a spirited Iran, it was in need of the hour for Iran to give rebirth to the waned-out narrative of seeking revenge for the United States’ killing of Iranian Revolutionary Guard Corps (IRGC) commander Qasem Soleimani.

“The basic principle in the foreign policy of the Islamic Republic of Iran was formed after the cowardly assassination,” he said. “The action taken by the perpetrators and advisers of this cowardly act will not go unpunished.” Ministry spokesperson Saeed Khatibzadeh reasoned.

Khatibzadeh’s statement evoked attention and the news media were running amok to know what Biden will make out of the new threats that emanated from Tehran.

The State Department reportedly spent millions of dollars providing protection for former Secretary of State Mike Pompeo and former Iran envoy Brian Hook amid “serious and credible” threats from Iran. The pair spearheaded the Trump administration’s so-called “maximum pressure” campaign of sanctions against Tehran that included the IRGC’s designation as an FTO in April 2019.

Take a ride from April to June and you will get to see what demagoguery Biden adheres to. Iranian men who served in the Islamic Revolutionary Guard Corps (IRGC) as part of their compulsory military service will now be allowed entry into the United States, a US Secretary of Homeland Security and Secretary of State’s latest notice says.

The entry ban on these individuals will be lifted “provided they satisfy relevant agency authority that the individual…poses no danger to the safety and security of the United States.” The statement said.

In recent times, it was palpable how US danced flawlessly to the tunes that Tehran played. Whether it be JCPOA or the delisting of terrorist outfit IRGC, Tehran astutely chiselled out to become a Svengali to the US.

Tehran has moreover discerned that reviving the JCPOA deal is far from fruition as the talks are still going on a shaky path. So, it called upon the Islamic republic to move ahead with its old rhetoric of vengeance and appallingly enough, Joe Biden fell for that.

One of the reported obstacles to a revived nuclear deal was the designation of the IRGC as a foreign terrorist organization and the lifting of sanctions on the organization. Last month, however, an American report suggested US President Joe Biden pulled the plug on delisting the IRGC and told outgoing Prime Minister Naftali Bennett of his decision.

“If Trump and (former secretary of state Mike) Pompeo are not tried in a fair court for the criminal act of assassinating General Soleimani, Muslims will take our martyr’s revenge,” these were the words of Iranian president Ebrahim Raisi back in January.

By taking away a ban by adorning a facile attitude, Biden has made sure that he will enter the annals for being the most pliable US president of all time. The current change of track also hogs the limelight on the growing crisis in the energy sector due to the Ukraine war. Russia and the middle east have turned out to be a no go zone for the USA. Connecting this, Iran having the fourth-largest oil reserves in the world tells a story in itself.

The current bonhomie that Biden seeks with Tehran will render the Islamic republic a catharsis to ease their long-running operation of taking Trump and his coterie to the task. Even though that operation is still a long walk away, Biden has inadvertently opened windows for fringe elements to flood America for no good reason at all.