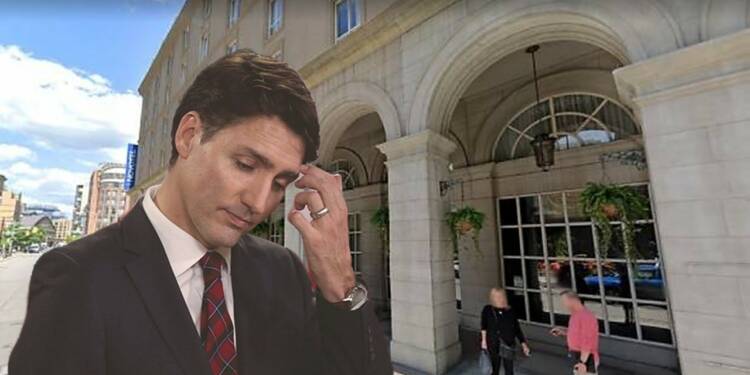 45 The esplanade – a tourist attracting treasure of Toronto in Canada, has gone a long way from being an ultimate luxurious hotel to a ‘temporary homeless shelter.’ The Novotel operated luxurious place is located in the plush neighbourhood of the St. Lawrence market and it forces anyone to lust their eyes on the different contours and shapes that the condo embodies.

However, the luxury has now transcended into a den of crime, drugs, vagrancy and vandalism. Currently the area passes through a climate of fear and it is a challenge for anyone to move across the alleys of esplanade at night without getting hurt. What transpired to this?

“There’s just a lot of unrest and a lack of harmony around here,” area resident and senior citizen Susan Ferranti opined.

Everything started when the world met with the Covid-19 pandemic of which, the tourism and hospitality sector turned out to be the sufferers by large. Countries like the USA, India among others were turning their hotels into ‘temporary isolation centres’ and so did Canada. Among those, was Canada’s 45 The Esplanade, a four-star hotel in the city of Toronto, which got turned into a homeless shelter. But things went awry leading to the ratings of the Novotel Hotel plummeting sharply.

The pandemic started to subside and the hotels got back to their authentic status. But 45 The Esplanade was an exception. The Novotel was leased and 45 The Esplanade opened its doors in February 2021. Neighbourhood residents and business owners say it’s been nothing short of a nightmare ever since, and one they now may not wake up from any time soon.

The lease was set to expire in December 2021 but for some odd reason got extended to April 2022. Appallingly enough, a third extension has been proposed and as it goes, the government has nodded assent to the demands.

Many of the citizens currently couched in the elite 45 Esplanade are under the influence of serious drugs, as clearly evidenced by their erratic behaviour, discarded needles, and overdoses seen on the surrounding streets. A sizable number of people residing here are immigrants which makes it impossible for Trudeau to act

Under the Liberal government of Justin Trudeau, Canada is turning into a hell hole. Trudeau with his woke agenda is appeasing immigrants just to serve his vote bank and political aspirations, that has always topped his list for long. This is evident from how the liberal prime minister is handling the 45 Esplanade crisis.

But how is this affecting the society?

Well, the ‘temporary shelters’ in Canada don’t seem to be temporary anymore. They are continuously getting extended for no reason. The need for housing support is fathomable enough but the consequences that it brings along is what draws concern. However, the woke centric government is not ready to disturb the status-quo in the country.

“There was a lot of hearsay about the troubled state of the neighbourhood, someone had told me that the chaos and out-in-the-open drug use really comes in waves; that it’s more noticeable at the end of the month, when government subsidy cheques come in,” a resident quoted

The housing elites in the plush neighbourhood of the 45 The Esplanade are now perturbed by the never-ending temporary shelter. The people of the society are bothering their heads about the miscreants residing in the splendid hotel. The hotel is housing the immigrants and criminals who are involved in theft, drug consumption and open booze parties turning the posh area into a notorious one.

The area which was once touted as the safest patch has now turned the people wary even in the broad daylight. They are being heckled, beaten or are being subjected to various other anti-social activities. This also concerns the parents whose kids are growing in such an environment. They are afraid of what kind of an influence it could have on society.

“This used to be one of the best neighbourhoods in the city to live and work for young professionals,” said one resident. “Now, I’m afraid to walk my dog on the streets after dark; it feels like Skid Row.”

Breaking all limits of endurance, the residents of the St. Lawrence neighbourhood started a petition to Mayor John Tory (City of Toronto Mayor).

The Canadians are worried by the introduction of these homeless people as it has turned their society into an open-air, drug market of dealers and also a hotbed of life crimes being perpetuated leaving the neighbours feeling unsafe with this shelter in the midst.

The petition ends by saying “The Esplanade neighbourhood must be returned to what it was.”

But, the messiah of the downtrodden is not at all concerned to pay heed to the matter. Justin Trudeau being a ‘woke’ cannot resort to any pragmatic decision against the shelter seekers of 45 Esplanade but can for sure turn a beautiful part of Toronto into a hell-hole.