A popular uprising is about to hit Germany very soon 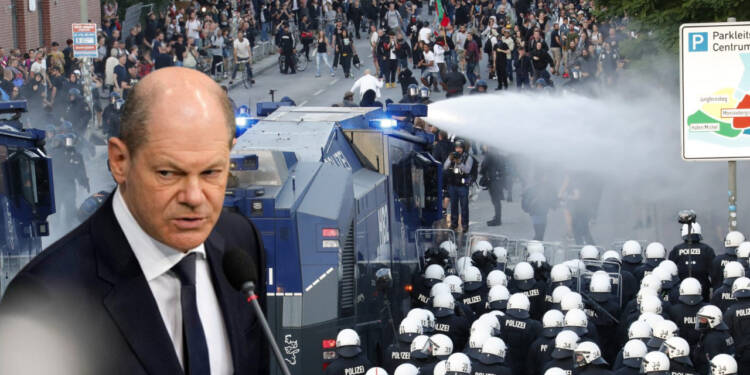 BASF, one of the world’s largest chemical companies and its 39,000 employees in Germany might be sitting on thin ice. The reason is increasingly dwindling supply of Russian gas to the country. For years, the company developed its business model around cheap and abundant Russian gas. However, the gas crisis today is of such a degree that BASF officials are mulling over shutting down the operations here, risking a supply chain crisis of epic proportions throughout the nation.

BASF is no ordinary company, it consumes around 4% of gas imports of Germany. The components and chemicals that BASF produces play a vital role in the supply chains of several other key industries. Analysts predict that a throttling of BASF’s ammonia output, a key ingredient in fertilizers, could exacerbate the world’s growing food crisis. BASF Chief Executive Martin Brudermüller in April said that there is no immediate solution to replace Russian natural gas.

It may be noted that Russia has severely restricted gas flows through Nord Stream 1 pipeline to Germany, increasing risks of gas rationing. Experts have already predicted that gas supplies to various companies could be cut off in face of continued supply cuts by Moscow. In that scenario, BASF could be forced to shut down its operations. Peter Westerheide, BASF’s chief economist, said “Costs are high to stop and start. This is an extreme scenario that we very much like to avoid.”

Germany, Europe’s biggest economic powerhouse and the largest consumer of Russian gas, is thus sitting on a ticking time bomb. The country houses the headquarters of the world’s ace automakers like Audi and BMW. Automaking is a labour-intensive industry, which explains why Audi employs 61,000 employees in Germany alone. In total, the German automaking industry employs around 0.8 million workers in the country. Once the heat of the country’s gruelling gas crisis reaches these companies, the Olaf Scholz administration will find itself caught between a rock and a hard place.

The gas crisis and prolonged energy woes will prompt these companies to shift their production units overseas, resulting in long-term and short-term job losses in the country. Germany, already marred by back-breaking inflation, will find itself in a precarious position under pressure being mounted by industrialists and unemployed workers. This could very well lead to a civil unrest in the country, forcing the OIaf administration to soften its stance on Russia.

Read More: Germany will be the first big European country to opt-out of EU sanctions on Russia

Experts believe that a continued fuel crisis and food shortages can trigger anti-government protests across Europe. In nations like Bulgaria, Poland, UK and Italy, the rising cost of living has already cast shadows on governmental stability. Germany, being the hub of labour-intensive industries, stands at the highest risk of facing such a civil uprising.

Germany has always preferred a working, if not cordial, relationship with Russia. In the former chancellor Angela Merkel’s own words, Russia is a European nation that the EU can’t afford to ostracize. At the end of the day, Germany doesn’t necessarily need to self-sacrifice its economy and interests in order to save Ukraine’s sinking fortunes. Germany may soon realize its economic war against Russia is unaffordable and unsustainable. So, we may soon see Germany reach out to Russia for a “peace proposal,” which would eventually force Berlin to opt-out of EU’s sanction regime against the Russian economy.

On the contrary, if Berlin continues to tread the perilous path of taking a strong anti-Russia line, it will be fast approaching its doomsday. With increased inflation and increased fuel shortages, the Germans will be forced to take to the streets to vent out their anger and frustration.