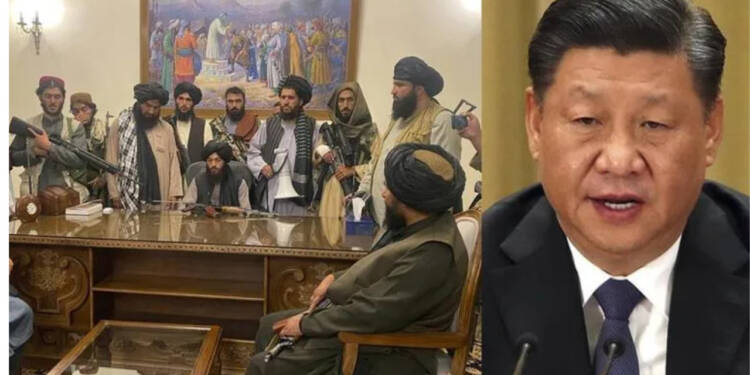 When the US left Afghanistan, China became one of the first to recognize Taliban in Afghanistan. It warmed up to Taliban regime by stepping up aid and diplomatic support for Taliban’s global recognition. As a matter of fact, China motivated its firms to invest in Afghanistan and explore the possible contracts to exploit resource-rich Afghanistan’s mineral deposits.

However, there is a stark difference between China’s words and actions regarding its policies in Afghanistan. And now Chinese companies are fleeing Afghanistan amid the security concerns. This could possibly raise another alarming situation for China i.e. East Turkistan Islamic Movement can launch a series of terror attacks in China’s Xinjiang.

China entered Afghanistan’s strategic sector a decade ago by signing agreements with the Afghan government in the mining, power, and oilfields sectors. However, genuine development was hampered by Afghanistan’s tumultuous political atmosphere at the time.

Then, starting in 2014, China was crucial in promoting peace negotiations with the Taliban. Once, Taliban was back in power, China could push its interests more than ever in Afghanistan.

Taliban too has referred to China as its “most important partner” and a “reliable ally.” It sees China as a staunch ally for aid and infrastructure development in Afghanistan. This becomes more relevant when the international community views the Taliban as a ‘pariah’. Therefore, China is seen as a source of both financial and diplomatic support by the Taliban. The Taliban has already said that China has a big role to play in Afghanistan in the reconstruction of the war-ravaged country.

“China is a big country with a huge economy and capacity. They can play a big role in rebuilding, reconstruction of Afghanis­tan,” Taliban spokesman Suhail Shaheen told the official media in Beijing earlier.

But the question is what drives China to solidify its ties with the Taliban government?

However, China has labeled East Turkistan Islamic Movement as “the most dangerous and radical terrorist organizations that aspire to divide the Xinjiang area from China, the ETIM has been responsible for hundreds of terror strikes in China, particularly in the Xinjiang Uygur Autonomous Region of Northwest China.”

Read more: Russia-Tajikistan-Iran have begun working on an anti-Taliban resistance

As was already mentioned, China became one of the main sources of financial support for the Taliban and a means of establishing the Taliban administration as legitimate. However, given that China is currently preparing to leave Afghanistan, doing so could come at a high cost. Taliban might stop assisting China in suppressing East Turkistan Islamic Movement activity, which would encourage terrorism in China’s Xinjiang province. Thus, this would lead to more unrest in the eastern province of China and cause China headaches.