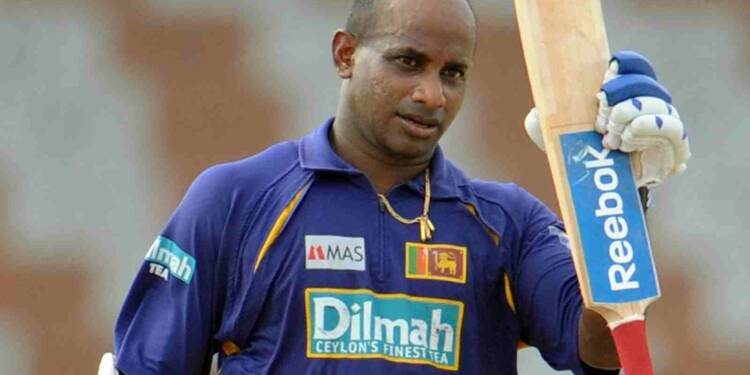 Deshabandu Sanath Teran Jayasuriya is a former Sri Lankan cricketer and also a captain. In one-day international cricket he is credited for having revolutionized with his explosive batting with Romesh Kaluwitharana in the mid-1990s. This makes the initiation of the hard-hitting modern-day batting strategy of all nations. In this article we are going to talk about the biography, career, notable works, games and family of Sanath Jayasuriya so read the article till the end.

Sanath Jayasuriya is a Left-handed batsman and also a slow left arm orthodox bowler. For his team he played as a All-rounder. He is also known by his nickname Master Blaster, Little Dynamite, Matara Hurricane, Matara Mauler, Matara Marauder and Sanaa.

Sanath Jayasuriya is an international cricketer and he played so many games for his country, state and clubs this biography article is incomplete without talking about his career. So here you will gain info about his achievements and life story.

Sanath Jayasuriya was born on 30 June 1969 at Matara, Ceylon. He was born in the family of Dunstan and Breeda Jayasuriya. He has also an elder brother named Chandana Jayasuriya. He completed his early education at St. Servatius’ College, Matara. His talents of cricketing were nourished by his school principal, G.L. Galappathy, and cricket coach, Lionel Wagasinghe in his school life.

In the year 1998 Jayasuriya’s marriage first with Air Lanka ground hostess Sumudu Karunanayake and their relationship lasted in less than a year. Then in the year 2000, he married to Sandra De Silva, who is a former flight attendant of Sri Lankan airlines. And they have three children, Savindi Jayasuriya, Yalindi Jayasuriya and Ranuk Jayasuriya. But later on in the year 2012 he took devorce from Sandra.

In One Day, International Sanath Jayasuriya made his debut against Australia and match were played in Melbourne stadium. In the year 1991 in February month, he made his Test debut against New Zealand at Hamilton. During the 1996 Cricket World Cup

Jayasuriya revolutionized One Day International batting with his aggressive tactics of batting. He is known for his both cuts and pulls shorts along with his trademark shot and a lofted cut over point short. In the 1996 Cricket World Cup he plays a major role in the victory of in Sri Lanka. In that world cup he entitled with the man of the match for his best contribution in the match as a all-rounder player. With six 5 wicket hauls he took 440 wickets altogether in international cricket.  In the year 1993 he made his best bowling performance of 6 wickets for 29 runs in an innings in international cricket which he took against England in an ODI.

Sanath Jayasuriya Started his career with only 3 runs and then went on to become the 4th highest run-getter in ODIs with 13430 runs in 445 games.

After Sachin Tendulkar he is the only player till now who won 58 Man of the Match awards With his outstanding batting performance throughout his career.

In the year 2013 the Srilankan Cricket Board elected him as the chief selector. Srilanka win the World T20 trophy in 2014 during his tenure of chief selector.

He is the 1st cricketer who would be appointed as Goodwill Ambassador by the UN.

He took retirement from Test cricket in December 2007 and in June 2011 he retired from limited-overs cricket.

Estimated net worth of Jayasuriya is $16 million which is approximately one billion two hundred twenty-four million INR.

We hope this biography article of Sanath Jayasuriya will be helpful for you to understand his journey and works.