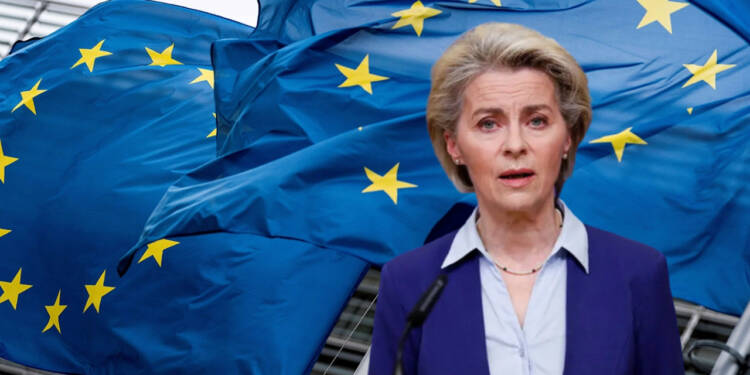 In the aftermath of Russia’s invasion of Ukraine, Russia has been sanctioned by the West. All the Western countries have made no bones about their anti-Russia stance in the ongoing crisis.

The world is practising a boycott culture against Russia to target a significant number of sectors of the Russian economy. But has it really impacted Russia? Well, the EU sanctions did not hurt Russia since it invaded Ukraine. Russia, which invaded Ukraine is under about 11,000 individual sanctions but is still witnessing healthy growth in economic trends.

The creation of an EU-wide sanctions authority is on the table now. Senior Brussels officials are considering the modelling of an EU version of the US Treasury Agency, the Office of Foreign Assets Control (OFAC), that drives the implementation of its sanctions. As they push for tighter and more consistent enforcement of sanctions related to the situation in Ukraine, senior Brussels officials are debating the creation of an EU-wide sanctions authority.

“Anything that would help member states implement [sanctions], and where we see European oversight and coordination . . . would be a plus,” said McGuinness, a senior figure in EU sanctions policy, in an interview. “The idea of having an overarching view of sanctions and their implementation is one I would support.”

There are speculations that the EU can alternatively give its planned Anti-Money Laundering Authority (Amla), the authority to modify legislation that is now being hammered out by the European Parliament and member states to regulate sanctions, Mairead McGuinness, a senior figure in EU sanctions policy, said.

But the real question here is whether the sanctions body will be able to wield any benefit to the EU? The answer to this is an obvious NO. The formation of a sanctions board seems pointless as it is clearly evident how Russia is self-reliant in combating such sanctions from the current state of affairs. Despite several sanctions imposed by the West, Russia’s manufacturing sector is witnessing an increase. According to an indicator of economic trends, the S&P Global manufacturing purchasing manager’s index (PMI), stood at 50.9 in June 2022 up from 50.8 in May.

A substantial increase in employment was also cited throughout the nation as businesses increased their hiring efforts. Now, Russia is of the view of expanding its economic engagements with the rest of the BRICS (Brazil-Russia-India-China-South Africa) block. In the face of tough sanctions, the Russian economy has not crashed.

This is just a small strategic pause for Russia but it will go back to normal in a wink. Beating expectations, the Russian economy showed a healthy uptick.

This insinuates that the efforts of Europe of creating a sanctions board will go in vain. No matter how tough the sanctions are Russia is a burgeoning economy which is hard to defeat.