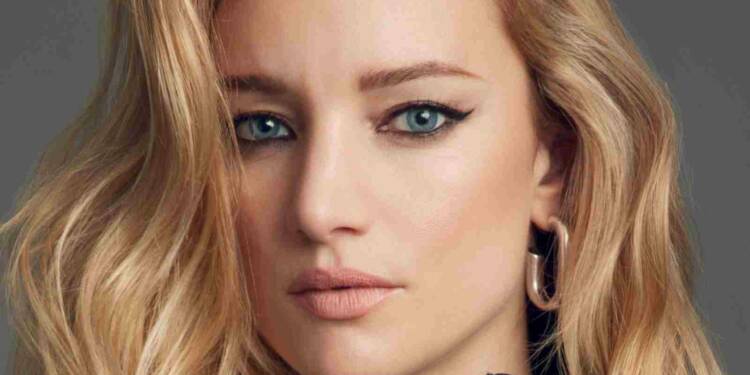 Laurence Leboeuf is a Canadian actress. The gorgeous woman who speaks both French and English has been acting professionally since she was ten years old, and she became well-known after receiving numerous nominations and awards. In this article we are going to talk about the biography, career, notable works, films and family of Laurence Leboeuf so read the article till the end.

She has consistently been cast in leading parts in English and French Canadian projects for television and film.

The show centers on an emergency room physician who left his native Syria for Canada and overcame many challenges to resume his profession in the competitive field of emergency medicine. Laurence plays “Magalie Leblanc,” a series regular who pushes herself hard and is a fiercely analytical second-year resident.

She made her acting debut in the Canadian television series Virginie as Evelyne Boivin. She subsequently portrayed Louise Lavigueur in the Quebec television drama Les Lavigueur, la vraie histoire, and most recently appeared in Turbo Kid as Apple.

She earned the Best Actress in a Drama Series prize at the 10th Canadian Screen Awards in 2022 for her portrayal of Magalie Leblanc in Transplant.

Canadian actress Laurence Leboeuf, who hails from Montreal, has worked in the field since she was a young teen. Her net worth is estimated to be $1 million as of 2022.

Laurence was raised in a creative arts environment and was born to actor parents. Laurence was able to learn more about the process behind the scenes because her family operated a theatrical theater for 18 years.

Leboeuf was born in Montreal, Quebec, on December 13, 1985. She attended École Notre Dâme de Grace for her elementary education before transferring to Villa Maria for her senior year.

She wishes to produce and write in addition to acting because she loves acting and feels the urge to be creative. She loves to read, and stay active by doing things like swimming, skiing, and running, to name a few.

About her personal life, Laurence Leboeuf is quite discreet. Her current boyfriend or partner is not listed in any records. She isn’t dating right now.

Laurence has won several awards, including the Gemeaux Awards (French Canadian Emmys) for Best Actress in the series “Les Lavigueur,” which is based on the true story of a family torn apart by a multi-million-dollar lottery win.

She has also won awards for Best Supporting Actress for her work in the television series “Musée Eden,” in which she played a young girl transported to 1910s Montreal to look after her uncle’s wax museum in the Red-Light District, and Best

We hope this biography article of Actress Laurence Leboeuf will be helpful for you to understand her journey and works.