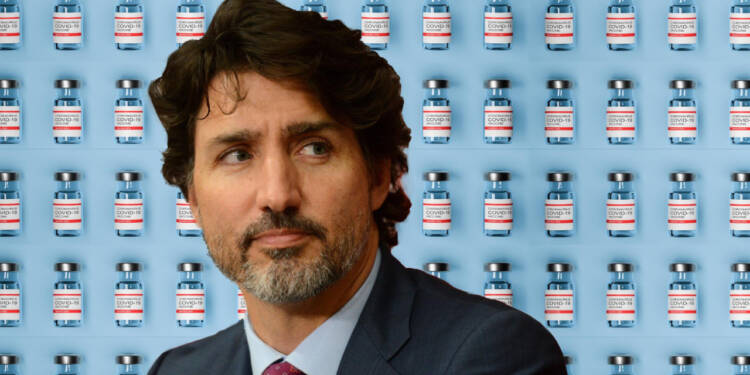 Canada pays the highest prices for drugs in the world. Albeit having the name of being one of the high-income countries in the world, Canada is yet to formulate a concrete way when it comes to Universal drug planning, and the most egregious is the government in Canada that is toying with the life of people to boost the empire of the Big Pharma companies.

The vile game employed in the smoke screen of Covid by big pharma is known by all. They always invited accusations. The hasty approach that the vaccine makers adopted to rush through the approval mechanism in different countries was an example of how recklessly they pursued their vaccine agenda. Criticism followed the pharmaceutical bigshot with every move it made.

On other hand, Factoids were perpetuated through compromised media portals to lionize the efficacy of the Big Pharma vaccines. The media went to take up the gatekeeper role for the pharmaceutical giants and now the Liberal doyen Justin Trudeau is giving signs of embarking on that same ship.

Justin Trudeau has repeatedly refused to endorse a TRIPS waiver, which would have allowed compulsory licensing of vaccines during the pandemic, meaning that Pfizer and Moderna would be forced to share their recipes and hence expand production in the Global South.

And more grudging comes the fact that the government is pushing the Canadians to get a Covid shot every nine months in order to be considered “up to date” on their vaccinations by the government, according to health minister Jean-Yves Duclos.

Playing with the lives of Public

Contrary to the Health minister’s notion of Pharmacology, studies by European Medicines Agency said that repeated booster doses could eventually weaken the immune response and tire out people.

Read more: Pfizer was running a scam in the name of Covid vaccines and with the help of Biden and Fauci

Boosters “can be done once, or maybe twice, but it’s not something that we can think should be repeated constantly,” said Marco Cavaleri, the EMA head of biological health threats and vaccines strategy.

Trudeau government has been playing its ruse on the public as the government’s much talked about donations to COVAX initiative have delivered only 50 per cent of the committed doses, with many of them nearly expired and hence, useless.

Trudeau’s vaccine maneuvers are a sure-shot push to widen the lucrative business of the big pharma milieu while compromising on the national pharma care of Canada. With evidence remaining copious about the low efficacy that these Big pharma vaccines produce, Trudeau is too busy to lend an ear to critics.

With every passing day, Trudeau is painting a new picture of Canada on the global stage, and it has surpassed all limits this time, as the Prime Minister has decided to gamble with the lives of Canadians to enter into the good books of the Big Pharma clan.