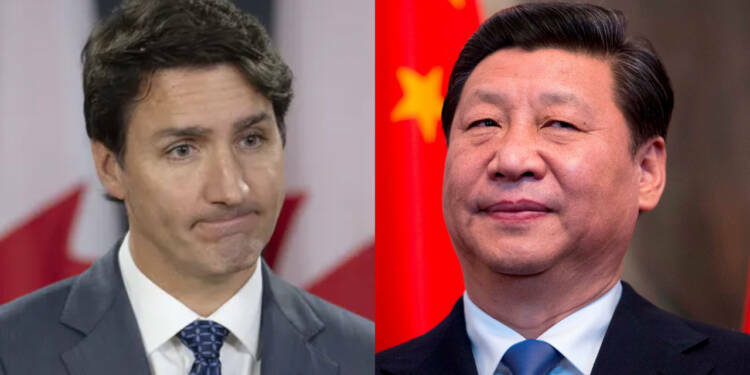 It’s rare to see Canadian mainstream media chastise China or criticize its authoritarian President Xi Jinping. Speaking of the Justin Trudeau government, it’s now brazenly engaging in whitewashing CCP’s genocidal activities in China’s Xinjiang region. And what makes this even worse is that Trudeau is using Canadian taxpayers’ money to shove this pro-China agenda down the throats of Canadian commoners.

For instance, see this report by Australian academics. This bombshell report reveals that the Canadian government was actually funding some China-linked groups with millions of dollars that attempted to covertly shape opinions worldwide about human rights abuses in Xinjiang province. A National Post report has found that the Xinjiang Association of Canada and the Ontario-based Council of Newcomer Organizations were promoting fabricated pro-China material on the Canadian internet to counter burgeoning anti-China sentiments.

Interestingly, the Council of Newcomer Organizations is founded by a former Liberal MP and is closely tied to China’s United Front Work Department, a party branch dedicated to extending China’s influence abroad. Also, Chinese diplomats in Toronto are believed to be wielding their influence on such organisations. Perhaps that’s the reason why China has more diplomats registered in Canada than any nation other than the U.S. and more missions globally than anyone else.

Speaking of Trudeau, let alone checking the spread of this disinformation warfare by China, he actively amplified it by showering the Xinjiang Association of Canada with $160,000 last year, under an elder-abuse program. Considering this dalliance between Trudeau and Xi Jinping, it is hardly surprising to see Trudeau chicken out from voting against China in the Canadian parliament.

You may recall, when Canada’s House of Commons was voting to declare China guilty of committing genocide against more than 1 million Uighurs in the western Xinjiang region, Prime Minister Justin Trudeau and his Cabinet shamelessly abstained from the vote. Trudeau has even hesitated in using the word “genocide,” which he called an “extremely loaded” term.

What’s the deal between Trudeau and Xi?

But there are never free lunches in international politics. What’s Trudeau getting in return from China? What’s the deal between Trudeau and Xi? Turns out that there’s no secret. It’s now out in the open how the Chinese government used its shady organisations active in Canada to lend political support to the Liberal party and shore up Trudeau’s political fortunes. Now see this report by CTV News: “China may have tried to discourage Canadians from voting Conservative.”

Before the snap elections of Canada in September 2021, China-linked groups in the country deliberately disseminated the narrative that a conservative government would sever its ties with the Chinese government. This fuelled a sense of panic among Chinese Canadians, who ended up voting in favour of the liberal party in large numbers. Simply put, now even the election results in Canada are controlled by the Chinese government. Trudeau has reduced the democracy in Canada to one which is ruled by CCP, controlled by CCP and one that works for CCP.