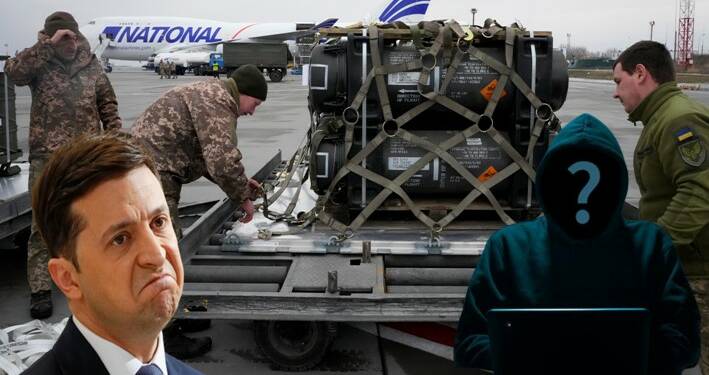 We all know that Ukraine’s economy is in tatters. Ukraine is on the verge of bankruptcy. Economic stagnation has inundated Kyiv. Before the Russian invasion, Ukraine’s economy relied mainly on the export of food grains to the rest of the world. It exported on average about 6 million tons of agri-commodities monthly to the countries in the Middle East, Asia, and Africa.

As a matter of fact, even after the onset of war, Zelensky could have easily exported food grains to the rest of the world and could have helped revive the battered Ukrainian economy. But no, Zelensky didn’t opt for this. Instead, he pushed the entire globe into a terrible food crisis by blocking the export of food grains.  Make no mistake, Moscow used every effort to persuade Kyiv to resume wheat shipments. Instead, it was Ukraine that was causing trouble for the rest of the globe for access to its highly sought-after food reserves.

Moreover, Zelensky very tactfully asked for grants rather than loans to revive the Ukrainian economy post-war, so that he is not obliged to pay this money back to the donor country or organization.

This, however, was not enough to satisfy Mr Zelensky’s gluttony. To line his pockets, he is doing something that might shock you. There is overwhelming evidence that many of the weapons that the US, UK, and other NATO nations lavishly delivered to Ukraine during its confrontation with Russia have ended up on the dark web.

A dark world of weapons

Israeli cyber-intelligence specialist KELA has found gun listings supposedly posted by Ukrainians on several darknet markets, some specialized in firearms. One of the vendors even offered a U.S supplied Javelin ATGM anti-tank missile system for $30,000. The seller has set their location as Kyiv, the capital of Ukraine.

In fact, the traders also claimed to supply these weapons across the borders. When enquired anonymously, if the Phoenix Ghost could be delivered to an area outside Ukraine, specifically the Polish border town of Przemysl, the trader agreed to supply the weapon, just at an extra cost. This potentially suggests that Poland’s border guards are involved in facilitating the whole supply of these weapons.

Now the question is, what are the implications of this act? You see, the Dark Web definitely acts as an enabler of arms trafficking, with weapons and ammunition having to be shipped and delivered in the ‘real world’. And the potential impact is obviously on the internal security of any country. In fact, we have already witnessed numerous ‘lone-wolf’ terrorist attacks in Europe, of late. The wave of terror engulfing the European cities is indicative of the grave implications of putting up weapons for sale on the Dark Web.

Zelensky will move heaven and earth to satisfy his avarice. Additionally, the abovementioned episode demonstrates that maintaining Ukraine’s territorial integrity was never his goal; rather, he was only concerned with ways of minting money.