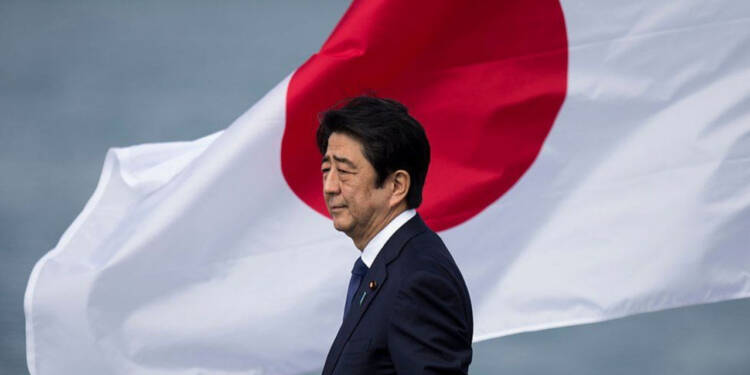 During his nine years in public office, former Prime Minister of Japan, Shinzo Abe earned reputation, respect and admiration from across the world, along with a sizeable chunk of enemies and adversaries

And now, when he’s been declared dead by global media, some obvious questions are popping up!

Was it an international conspiracy to assassinate him, or was it a result of simmering political infighting in Japan’s ruling Liberal Democratic Party?

The geopolitical world went into a state of a tizzy on Friday as soon as the news of Shinzo Abe getting shot at in a public rally reached global capitals. Insider Paper has quoted a close friend of Shinzo Abe as saying that Abe has already breathed his last.

Police have arrested a man in his 40s on the charges of attempted murder. Reports indicate that Abe was possibly shot at from behind, and collapsed when the second bullet was fired.

Now, anyone with an elementary knowledge of Abe’s standing in Japan’s geopolitics can smell fish here. Obvious questions point toward an international conspiracy behind the assassination attempt of Shinzo Abe. Rationally thinking, the persons or groups, who stand to benefit the most from expunging Shinzo Abe, are highly likely to have orchestrated this shooting episode. And it isn’t really hard to guess who is going to be the biggest beneficiary of Shinzo Abe’s death.

Let’s talk about the obvious suspect first: China! Chinese social media was rife with celebratory posts as soon as reports of Shinzo Abe’s getting shot were aired in the communist country. Many wished death to Abe, others talked about Karma hitting him back! Some called the shooter a “hero!” The reaction in China speaks volumes of Shinzo Abe’s contribution in shaping up Japan’s policy toward China.

He was the one who made Japan an overt, expressive and assertive military power, which was no longer willing to shy away from asserting its claims and leading the countries in its area of influence. Quad security dialogue, which saw its best days during the Donald Trump administration, was Shinzo Abe’s brainchild. He was the one who took on China by its devilish horns on the issue of Taiwan. He steered his nation away from pacifism and pumped a sense of nationalism into Japan’s dispirited populace.

For China, Abe was a natural threat. So, to tame the raging bull of Japan, “neutralizing” the Abe threat could have been an obvious choice for Beijing. For China, an Abe-less Japan is much easier to deal with. In absence of Abe, China might now feel it safer to invade Taiwan without the fear of getting caught in an international quagmire.

It must be noted that even after ejecting the PM office, it was Shinzo Abe who called the shots in Japanese politics. No matter who occupied the PM chair, Abe would always be in the commanding position. However, his hawkish China policy wasn’t admired by many in his party. The current Japanese PM Fumio Kishida is one of them.

Since becoming the Prime Minister, Kishida has systemically attempted to abandon Abe’s foreign policy in China’s favour. He rarely speaks about, or even acknowledges, the threats being posed by China to Japan or Taiwan. Kishida hails from the Kochikai faction, which is considered the most liberal faction among the ruling Liberal Democratic Party.

Kishida became the first Prime Minister from the Kochikai faction since 1993, after former Prime Minister Yoshihide Suga decided against seeking re-election in the 2021 general elections. Suga was an extremely unpopular leader among Japanese voters. On the other hand, Kishida went on to successfully outmanoeuvre popular favourite Taro Kono to win the leadership by a convincing margin.

However, it was only under Abe’s auspices that Kishida was allowed to grab the PM chair. Since last November, Shinzo Abe was leading the LDP’s largest Hosoda faction and was called the true kingmaker of Japanese politics. So, for anyone to survive in Japanese politics, it was mandatory to be in the good books of Shinzo Abe. The death of Shinzo Abe would definitely calm the fears in the liberal faction, which always feared Shinzo Abe’s enormous sway over the party.

Speaking of assassinations of global leaders, USA’s mention is a foregone conclusion. USA’s CIA is infamous for carrying out political assassinations on foreign soil. From the aerial bombing of presidents to drone attacks on alleged terrorist leaders, USA has innumerably attempted to murder foreign leaders. This is very well documented.

For instance, the CIA in 1960 sent a scientist to kill Congo’s first prime minister, Patrice Lumumba with a lethal virus. In 1973, the CIA helped organise the overthrow of Chile’s president, Salvador Allende. Later, he died on the day of the coup itself. In 2017, the North Korean ministry of external affairs accused US of being behind an alleged assassination attempt on its leader Kim Jong-un.

Today, the China-dove administration of Joe Biden wants Japan on its side to ostracize Russia and recouple with China. For Biden to realise his dreams of embracing China, leaders like Shinzo Abe were a grave threat. Abe could have never allowed the Biden White House or any democratic US leader for that matter, to flirt with the US, while overlooking Japan’s security concerns. Simply put, Abe was a major hurdle in the way of Biden’s ambitious ‘recouple-with-China’ policy.

You see, Abe’s death has come as a blessing in disguise for many in Japan and beyond. Although a thorough investigation is yet to be initiated, an international conspiracy behind this heinous episode can’t be ruled out. The perpetrator might have killed Shinzo Abe, but his legacy will certainly continue to haunt the communists in China, and Japan’s enemies worldwide in times to come.