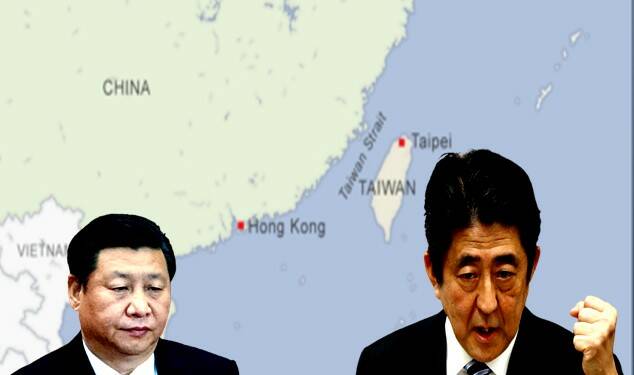 Since 1975, Japan has acknowledged the People’s Republic of China as “the only legal government of China.” It has never expressed a formal preference for Taiwan but has rather kept a vague position regarding the PRC’s assertion of sovereignty over the Island. But when Shinzo Abe became prime minister, things took a radical turn for the better.

Under his direction, the nation significantly oversaw and led an attempt to change Japan’s foreign and defence policies. Japan transitioned from being a pacifist state to an activist one that urged the international community to focus on the serious concerns that China poses in the Indo-Pacific.

Shinzo Abe publicly came out and expressed his unwavering support for Taiwan despite the fact that Japan had its own conflicts with Taiwan about the Senkaku islands.

Under Shinzo Abe, Japan even sponsored a trilateral Strategic Dialogue where he urged Taiwan and the United States to ratify the Comprehensive and Progressive Agreement for Trans-Pacific Partnership in order to advance the three nations’ economic relations. He also backed Taiwan’s application for observer status at the World Health Organization.

The former Japanese Prime Minister was also quoted as saying, “What happened in Hong Kong must never happen in Taiwan,” referring to the draconian Chinese crackdown on the erstwhile free city.

In addition to this, he laid the groundwork for the world’s staunchest anti-China alliance, which is the Quad, immediately after assuming the PM office in 2012. Moreover, he worked on red-inking the outdated pacifist Japanese constitution all these years.

Make no mistake, Shinzo Abe steadfastly backed Taiwan even after leaving the Prime Minister’s office. He occasionally threatened Xi Jinping and the Chinese Communist Party with a lethal act of war. In some cases, he used the Chinese President’s name to criticise him, referring to him as a mere “Secretary” rather than President, and threatening him with dire economic repercussions should the paranoid leader ever consider jeopardising Taiwan’s sovereignty. Abe further stated that in the case of military aggression between China and Taiwan, China will be the first and only victim.

“Peace is the only solution,” Abe said to Jinping. “A military expedition would be the road to financial suicide,” Shinzo Abe remarked. “We must continue to emphasise that the only viable choice is for China and Taiwan to have peaceful relations.”

Shinzo Abe roared, “The emergency in Taiwan is the emergency in Japan. It is also an emergency in the Japan-U.S. alliance. Beijing, especially Chairman Xi Jinping, there must be no misunderstanding about this.”

You see, Abe’s adamant opposition to China stems from the fact that Japan’s own national security is closely tied to Taiwan’s sovereignty. Xi Jinping has his amorous sights set on Taiwan, a democratic island nation, as well as the Japanese Senkaku Islands. Japan predicted that once Taiwan was overthrown, China would try to capture the Senkaku islands. As a result, Japan began militarizing its island possessions adjacent to China under Abe’s leadership.

Furthermore, Shinzo Abe made sure that if China invaded Taiwan, Japan’s allies, particularly the US, would join the battle against Beijing, in no time. Japan and the US made it final—if China actualises its outrageous plan to invade Taiwan, the US Marines will beat the Chinese PLA troops black and blue, effectively terminating China’s Taiwan dreams.

But as the 20th National Party Congress draws closer, Xi is actively trying to use Taiwan to distract his own people from the myriad political issues that Beijing is currently experiencing.

The ‘rally round the flag’ effect, as you may know, is a term used in international relations to describe heightened short-term public support for a nation’s government or political leaders during times of conflict or catastrophe on the global stage. Xi is specifically attempting to militarise this technique. Without a doubt, with less than six months before the crucial 20th Congress, which would decide the next Chinese president, Jinping intends to prevent any domestic political uprising by instilling nationalistic sentiments in the Chinese people’s thoughts.

And now with an Abe-less Japan, it is pretty possible that Xi may materialize his Taiwan goals. Abe was a thorn in the flesh for Jinping. However, with Shinzo Abe’s departure, China would find it much simpler to work with Japan. Without Abe, Beijing may now feel relatively emboldened to invade Taiwan without worrying about becoming entangled in a global quagmire.

China’s brutal history of persecuting ethnic Russians on its soil