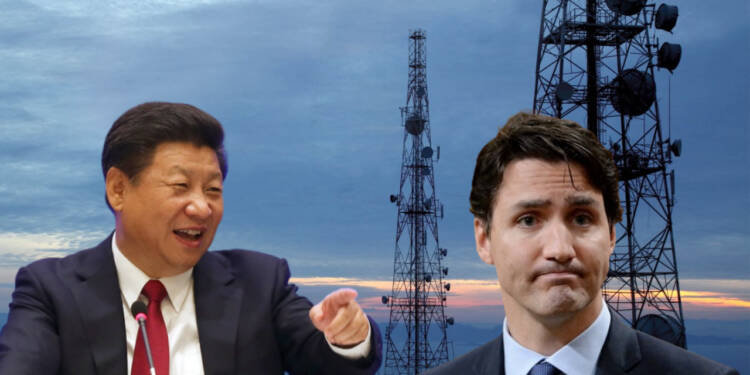 11.3 million wireless subscribers of Rogers communication went offline on Friday when the company faced a major outage to its cellular, internet and cable services. A NetBlocks report revealed a quarter of Canada’s internet traffic went down during the day.

Who orchestrated this telecom crisis in Canada?

Who was responsible for this outage and how did it happen? So far, we don’t have a satisfactory answer to the question. Many blame a lack of competition in the Canadian telecom sector.

The country’s telecom sector is dominated by three large carriers – Rogers, BCE Inc. and Telus Corp. This is indeed concerning and more players should be encouraged to enter the fray.

Vass Bednar, executive director of McMaster University’s master of public policy program, said that “The outage is illuminating the general lack of competition in telecommunications in Canada.”

But why is no one discussing about the elephant in the room? As columnist Byron Hackett writes in his blog, “this could very well be an attack on our democracy, from somewhere like Russia or China.” The prime suspect here is China, given the communist nation’s incessant attempts at magnifying its stakes in the Canadian market.

It’s worth noting that it was only last year when the Canadian government had forced Chinese company CMlink out of its telecom market, citing national security risks. In May this year, Canada banned telecoms giants Huawei and ZTE from Canadian 5G networks.

You see, the threat posed by these Chinese companies to Canada’s national security is so obvious that even a China-dove leader like Justin Trudeau has not shied away from belling the cat. So, China is livid. China’s official pamphlet Global Times had warned soon after the ban that countermeasures will be taken, and Canada will have to face the consequences.

China to gain the most from the telecom crisis in Canada

If we connect the dots here, we might come to a conclusion. It’s a foregone conclusion that the telecom crisis that Canada faced on Friday will surely help China market its embattled telecom companies in the country.

People in Canada desperately want an alternative, and even a Chinese option would look viable if such outages grow more frequent. So, China stands to gain the most from such outages hitting the Canadian consumers hard.

Another crucial angle behind the story is Canadian companies’ unabated reliance on Huawei, a proven security risk for Canada. In December, Huawei said Canadian telecoms had spent more than C$700mn on its technology.

Although the government has asked telecom companies to replace Huawei’s equipment with safer options, experts see this as an economically unviable option. But, this overdependence of Canadian telecom companies on Chinese Huawei provides China with the capability to shut down the Canadian telecom market at its whims and fancies. So, what Canada now needs is safe, non-Chinese, national or foreign players, in its telecom market to heat up its telecom sector.

Increased competition would also allow Canadian consumers to access internet and cellular services at cheaper rates. Last year, a study of international cellphone prices by The Markup, a New York data journalism nonprofit, also found Canada in the clear lead in terms of mobile rates. As per a national post report, loading an hour of Netflix using Canadian mobile data was found to cost an average of $12.55, as compared to 43 cents in Italy.

It’s important for Canada to hunt for alternatives to the ‘big three’ of the Canadian telecom market, but this desperation among Canadian users must not allow China a free pass into its sensitive sector.

Now, EU sets Balkan nations on fire as a strong pro-Russia wave sweeps through the region