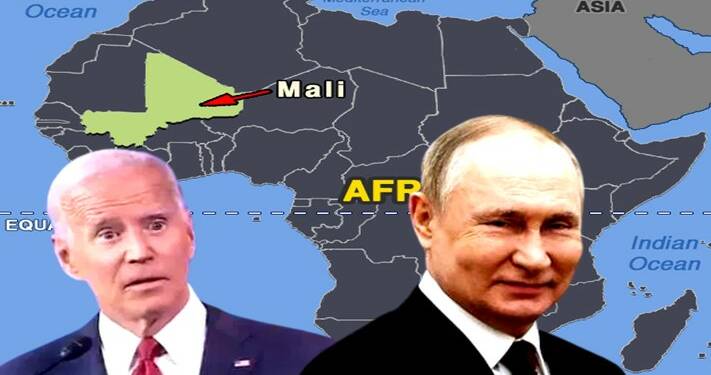 Russia was never thought to have the best chance of gaining influence over Mali. Traditionally the African country was deeply rooted in French and European influence. The  European Training Mission (EUTM) in Mali and the United Nations (UN) peacekeeping operation MINUSMA, which included 1,600 troops from twenty-three EU countries were allotted by the big powers to fight terrorism in Mali. But the military allotment had nothing productive that favoured Bamako. Instead, radical Islamism started spreading like wildfire in the West African country.

Bamako recently abstained from voting in the UN,  condemning Russia’s invasion of Ukraine. For a country with no previous ties with Moscow, such an act was proof of Mali shifting its political and security loyalties.  On the brighter side, it was a welcome call for Moscow to get into the West African terrains.

Russia thus effectively started filling the void left by European countries, including France, especially after the Malian government accused French troops of carrying out a massacre in the West African country. With no time to spare, the Russian-affiliated Wagner group got into the picture and promised to support the Malian efforts to fight Islamic terrorism, which is a never-ending trouble for the country.

With Russian involvement, the Malian Armed Forces turned into a better trained and equipped unit, compared to a few years ago. The Russian mercenary group Wagner made its first big mission in a village called Moura. The area where the village is located has been controlled for several years by militants from the al-Qaida-linked, Group of Support for Islam and Muslims (GSIM). The militants have imposed their strict rules based on Sharia law and forced the people to follow them. With this success, a kind of trust bloomed between the Malians and Russia. Moscow seized the opportunity with local frustrations growing large against France and European missteps, as the primary duty of Paris on Mali soil was to fight Islamism, in which they failed drastically.

The French war in Mali, starting in 2013, was disastrous from the Malians’ point of view. It neither stabilised the country nor provided a comprehensive scheme for pacifying the rebellious North.

Read more: Mali: The genesis of a West African conflict no “analyst” talks about

Seeing how fruitful that Russia was building a fortune in Mali, Washington got concerned but could do nothing since they were mired deeply in the Eastern European war. So, it dawned on the West-led military bloc, NATO,  to address the concern at the annual summit in Madrid about the predicament that awaits the African country, especially Mali if they align further with Russian interests.

The Economic Community of West African States (ECOWAS), which is more like a puppet organisation of the US has a lot of say in matters concerning Africa. So Bamako going the Russian way will affect the prospects of ECOWAS. This is precisely why NATO is on a threatening mission to make Mali untangle itself from the Russian grip.

Appallingly, the story has a cameo role reserved for the unusual suspect in Spain. Madrid summit saw Spain going in tandem with the NATO line of asking the African countries to distance away from Russia owing to the atrocities Moscow committed in the Ukraine war.

But the broader side of the picture will see the heinous agenda that Spain unfolds in Mali.  Spain simply wants unrest and crisis to stay in MALI—yeah, you heard it right.

The fact is, only if there prevails an Islamic barbarity and violence, there happens an inflow of migrants into Europe. Most asylum seekers from these countries travel illegally to the southern part of Spain to work in hothouses as forced labourers.

The hothouses have needed a large supply of cheap labour that can be turned on and off at a moment’s notice. The work is irregular and arduous, with temperatures reaching 40°C-45°C. They are unattractive to the local population. So, Spain has sucked in thousands of illegal workers.

The Spanish government allows those who can prove they have worked for more than three years to apply to become regularised. Many have done so, but tens of thousands are still in Almeria illegally, making them easy to exploit.

Meanwhile, Spain asking for military intervention in Mali has been retorted fiercely by foreign minister Abdoulaye Diop. “These remarks are unacceptable, unfriendly, serious,” said Diop, because “they tend to encourage an aggression against an independent and sovereign country”.

You see, Russia cannot afford to lose a newly found friend in Mali. Moscow will do the needed work to eliminate the radical forces from Bamako. But, NATO and Spain fishing in muddied waters need to be looked into, and finally, it rests upon Mali to decide where to tilt to.