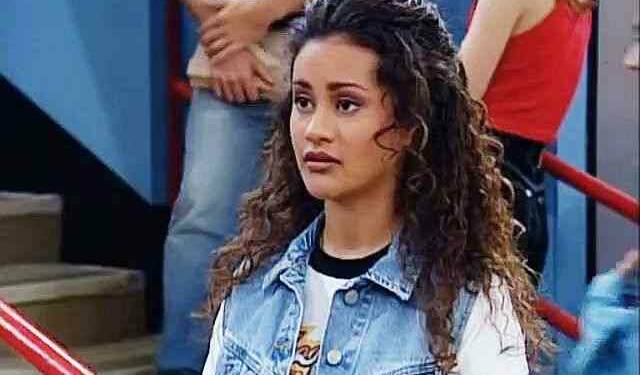 Samantha Esteban, who was born in North Carolina, traveled from Bangor, Maine, via San Diego, California, to Hollywood. She discovered discipline in martial arts at a young age and a passion for performing in dance and theater. Then came acting in films and on television. In this article we are going to talk about the biography, career, notable works, films and family of Actress Samantha Esteban so read the article till the end.

Samantha calls herself a mother, Actress, Dancer, Vocalist, Zumba Instructor, and Lover of the Arts.

Under the name Samantha Becker, Samantha Esteban played the character of Stacy in the 1994 direct-to-video film A Pig’s Tale. Even though it was a relatively small role, it helped her break into the broader profession. In 1995, she began working in television, making her debut as Maria Lopez in Saved by the Bell: The New Class.

Her career would take off thanks to television, special appearances on sitcoms like Moesha and Sunset Beach, as well as Saved by the Bell: The New Class.

Samantha Esteban was cast in the 2001 Oscar-winning crime drama Training Day after taking on a few smaller television parts. In this movie, she plays Letty opposite Denzel Washington and Ethan Hawke. Samantha had reached a significant turning point in her career.

She would later be paired with Christian Bale in the 2005 film Harsh Times. Monica Garza was the character she most recently played in From Dusk Till Dawn: The Series.

Where is she now?

According to a few websites, she lives with their kids and family in the United States. She is currently a Zumba trainer and working on her upcoming film projects. However, there is no reliable information about her projects.

Nothing much is known about her family life and she is protective of her personal life. In fact, she has two kids and both of them are girls. Meiah is the name of the first child, and Mel appears to be the name of the younger child.

However, we are not able to find her husband’s name from online sources. She has attended many interviews and talked about her life but never mentioned her husband.

Loves to sing and dance.

Sam graduated from the San Diego School of Creative and Performing Arts for high school (SDSCPA).

Miss Becker identified as “Filipino, American Indian, Spanish and a combination of other races” in a magazine interview.

played a role as Letty in the films “Training Day” and “Harsh Times,” both of which were written and directed by David Ayer.

She is a very personal lady and stays away from much exposure.

We hope this biography article of Actress Samantha Esteban will be helpful for you to understand her journey and works.