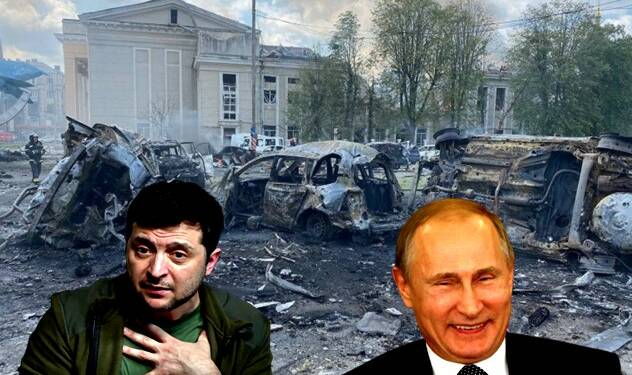 Ukrainian President Volodymyr Zelensky dismissed Kyiv’s ambassador to Germany on Saturday as well as several other top foreign envoys, the presidential website said. It is being reported that the diplomats failed to meet the demands set out by the Ukrainian President. Kyiv had quite a good friendship with Germany, but recently, Berlin asking Canada to return the turbine to Russian natural gas giant Gazprom has turned the Kyiv-Berlin bonhomie upside down.

Zelensky piled all this blame on the shoulders of his German Ambassador, who according to him lacked the diplomatic acumen to communicate what the Ukrainian President intends with Germany.

And now, this has turned out to be a mainstay for President Zelensky to shift the blame on others to evade the critiques. It all started with Zelensky accusing one member of his inner circle of colluding with Russia. He is none other than Ukraine’s spy chief. In the Ukraine government’s own words, he might have passed on crucial information to the Russian forces, which resulted in Kherson falling into Russia’s hands almost immediately after the Russians attacked it.

The President further blamed Col. Ihor Sadokhin, his assistant and the director of the anti-Terrorist Center for informing, Russian forces leaving Crimea towards the north, about the whereabouts of Ukrainian mines and assisting them in arranging a flight path for their military planes.

He said, “I see that there are different assessments of such a decision. There is a misunderstanding, and even indignation in society, I promise the people to figure it out. And I ask the General Staff not to make such decisions without me in the future. Glory to Ukraine.”

With the war still grinding in eastern Europe, Zelensky somehow needs a wiggle room to escape from all the criticism riled upon him. Yesterday it was the military and intelligence sources, today it is the ambassadors, and tomorrow (if Russia keeps the fight rolling), Zelensky for sure will drag someone to take the onus of the loss. Anyway, the former comedian-turned-president is making good use of his old creative side to do theatrics with the blame-shifting game.