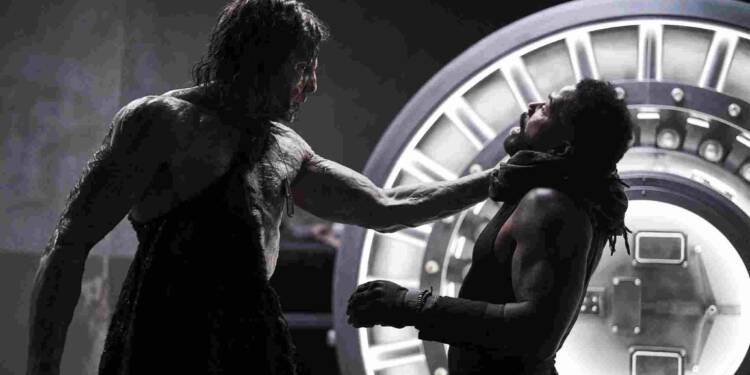 American actor, model, stuntman, boxer, fight choreographer, and social media sensation Richard Cetrone was born in California on July 13, 1961. In this article we are going to talk about the biography, career, notable works, films and family of Actor Richard Cetrone so read the article till the end.

He rose to national fame for playing a zombie in the film “Army of the Dead.” He served as Ben Affleck’s stunt double in the television series “Batman v. Superman.” He has also participated in a number of well-known movies. He has appeared in several Marvel movies, including Captain America and Thor. Thor had a Frost Giant Captain played by Richard Cetrone.

Joss Whedon and Richard Cetrone previously collaborated on the films Serenity and Dollhouse.

In Man of Steel and Batman v Superman: Dawn of Justice, Richard Cetrone played the roles of Fight Club Spectator and Tor-An, respectively.

He is now one of the performers who has acted in both the DC Extended Universe and the Marvel Cinematic Universe.

Boxer in his amateur days. Later, he learned Kali and the martial arts of Jeet Kune Do (Jun Fan Gung Fu) under Dan Inosanto. He had training in Jiu Jitsu, Silat, and Thai Kickboxing as well. He is a Guru Inosanto instructor.

His basketball-playing father and his grandfather are his two biggest role models (boxer). Since a very young age, he has been interested in performing stunts and fighting.

At Pennsylvania’s Montour High School, where he completed his elementary education. He graduated from high school at a prestigious university. Cetrone made the decision to become a stuntman while still in school.

He choreographed the stunts for the 2004 American movie Resident Evil: Apocalypse and the 2007 television series Fallen.

Under the tutelage of Inosanto, he also instructs Jeet Kune Do and Arnis.

His original plan was to graduate from Dan Inosanto’s academy with an instructorship, then head back to his birthplace to start a school.

But after appearing in a few movies, he started to take an interest in the performing arts. He stated that he was discussing it in an interview.

He and the other stuntmen in the movie split the Screen Actors Guild Award for Outstanding Action Performance by a Stunt Ensemble in a Motion Picture in 2018.

We hope this biography article of Richard Cetrone will be helpful for you to understand his journey and works.