Euro has seen an 11.8% year-to-date fall which is at par with the Eurozone crisis of 2014 which was caused by a balance of payments crisis. 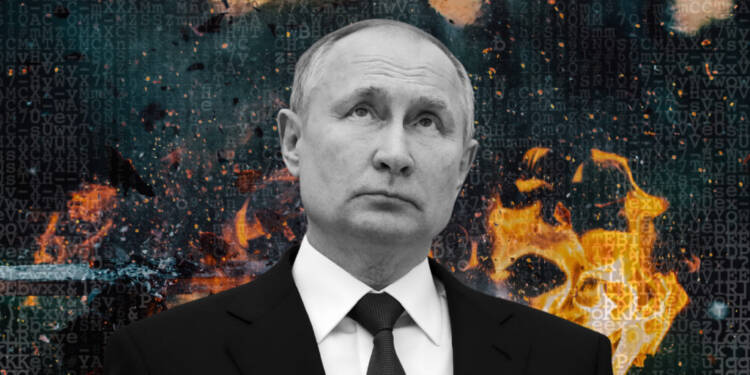 Europe has been hoisted by its own petard. After the Ukraine war, Europe planned to wreak havoc on the Russian economy with its sanctions.

The European sanctions which were intended to hurt Russia’s economy and currency are now giving a tough time to Europe itself.

Just a few days after the Ukraine war started, European Union, U.K. and U.S. imposed sanctions on Russia. They aimed at harming Russia economically and financially. However, the European “masterstroke” turned out to be a damp squib.

Just a week after the Ukraine war, Russia’s currency Rouble fell 30% in a day. On February 23, the day before President Vladimir Putin initiated the attack, the Russian currency was trading at approximately 84 roubles against the Dollar. By March 7th, it had fallen by almost 70% to 139 roubles against the Dollar. The western countries rejoiced the fall of the Russian currency and Op-eds were written about how the war will destroy Russia’s economic prospects.

To elevate the troubles of Russia, the West cut off Russia from using its “rainy day fund” that the West claimed Russia was relying on amidst the Ukraine war. Russia’s $630 billion reserves in foreign countries were seized under sanctions. The action was portrayed as an attack on Putin’s war chest. Analysts said that the sanctions will lead Russia to default as it won’t be able to pay back its loans. US President mocked the Russian currency and took the credit for turning the “Rouble into rubble.” He claimed that the Russian economy would be “cut in half” and it will soon be out of the twenty biggest economies.

As a result of our unprecedented sanctions, the ruble was almost immediately reduced to rubble.

The Russian economy is on track to be cut in half.

It was ranked the 11th biggest economy in the world before this invasion — and soon, it will not even rank among the top 20.

Russia quickly came to terms with the loss it was facing. Russia’s central bank sold $1 billion to support its foreign currency. The interest rates were raised to over 20% from 9.5%, an increase of 110%, by the Russian Central Bank. To support the depreciating Rouble, Russian Finance Minister Anton Siluanov ordered Russian exporting companies to liquidate 80 per cent of their foreign currency holdings.

Then, it was Putin’s Rouble Strike on Europe that upended the miserable state of the Russian economy. Putin announced a major change in Russia’s payment mechanism with its European counterparts. He would announce, “The changes will only affect the currency of payment, which will be changed to Russian rubles.” This forced EU buyers to buy Russian Roubles before buying Russian gas. This, in turn, ratcheted up Rouble’s demand in the international market.

Soon things started to look bright for the Russian economy. Despite the sanctions, Russia’s economy braved the rough period and the appropriate measure taken started to pay off. Just by end of the March, Rouble was back to its pre-war levels. Today, Russia’s currency is at its strongest in the last five years. The Russian Rouble has been adjudged as the best-performing currency of the year because of the capital controls imposed by Russia.

The sad state of the Euro

Euro, the currency of the European Union as well and good before the war. It was stronger than the US Dollar. But the short-sighted approach by the European countries led to a free fall of the currency. European nations ignored their dependence on Russian energy which has now become a major factor in Euro’s downfall.

According to a BNP Paribas analysis on the behaviour of currencies during energy cost spikes, the euro suffers more than other currencies of developed economies from gas price shocks, losing an average of 4.5 per cent at times.

Euro has seen an 11.8% year-to-date fall which is at par with the Eurozone crisis of 2014 which was caused by a balance of payments crisis.

You’d think that the Euro has seen its bottom but the crisis is far from over. The recent fall is in the midst of the Nord Stream 1 shutdown for 10 days for annual maintenance, the pipeline through which Europe gets much of its gas from Russia. Europe is still dependent on Russian energy and the head of economics research at Barclays, Christian Keller said, “If the gas pipeline that’s closed for 10 days doesn’t reopen and we get more gas rationing, in that situation we may not have seen the weakest levels of the euro.”

If gas supplies are not restored to pre-war levels, some experts predict a drop below $0.90 in Euro’s value. By the end of August, according to Nomura’s Jordan Rochester, the euro may drop to $0.95; but, if gas storage tanks are empty by winter, it may reach $0.90.

The European Commission has also decreased its EU’s projected GDP 2023 growth from 2.3% to 1.5%. The Commission has accepted the Ukraine war is inflicting pain on the economy. EU Commission’s executive vice-president Valdis Dombrovskis said, “Russia’s war against Ukraine continues to cast a long shadow over Europe and our economy. We are facing challenges on multiple fronts from rising energy prices to a highly uncertain global outlook.”

The way things have emerged for the European Union is a tragicomedy. The way it was hoping to destroy Russia’s economy backfired and now its own economy is in the tatters. Inflation is sky-high and the countries are seeing increasing protests, the currency and economies are struggling all because of their myopic attitude.

25 Private life quotes to teach you the value of privacy