ASEAN nations like Malaysia, Indonesia, Thailand, Singapore and the Philippines are looking to discard the Dollar and interlink their payment systems by the end of the year. 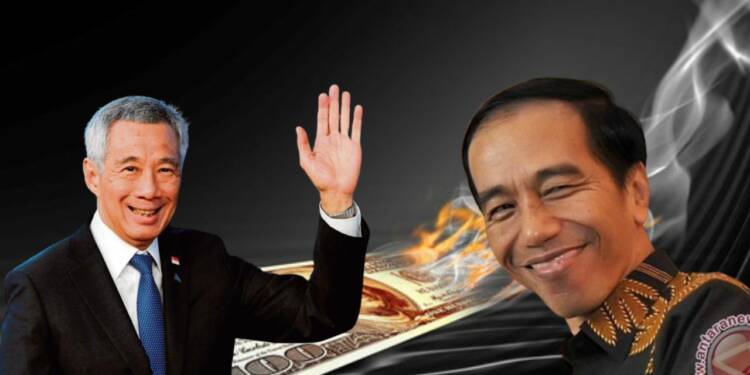 US President Joe Biden once pledged to turn “Rouble into Rubble” when the war in Ukraine had just started. But turns out that Ukraine war is turning none other than the “Dollar into Dust.” The reckless policy of the dollar weaponization by the Biden administration has kicked off a slow and painful death of the US Dollar and its hegemony. After Russia, Iran, China and Africa, now the Southeast Asian region is coming together to ditch US dollar for their own currencies.

In March, when Russia’s Rouble fell 70% to 139 against the American Dollar, Russia started selling billions of dollars to shore up its currency. The US, perturbed about the fact that the Rouble would indeed strengthen with Moscow’s approach, banned Russia’s Central Bank from using its foreign reserves stashed in the US.

The freezing of 630 billion dollars of Russia’s foreign reserves in the name of sanctions scared off other countries. It raised the question on USA’s credibility. Countries wondered what would happen to their foreign reserves if they fail to see eye to eye with the US on international affairs.

It wanted Russia to go bankrupt, as the loans taken by Russia were in US Dollars too. However, nothing panned out as the US expected. Instead, the plan backfired spectacularly.

Russia soon announced that it’ll trade its gas and oil only in Roubles. European countries and others, which were dependent on Russia for energy, had no other option but to yield to Russia’s command. Russia also announced it will pay its loans in other currencies but Dollar.

Now, thousands of miles away from Washington DC, leaders in Southeast Asia are beginning to have second thoughts about their over-reliance on the US regime.

ASEAN nations considering dumping the Dollar as their intra trade currency. ASEAN nations like Malaysia, Indonesia, Thailand, Singapore and the Philippines are looking to discard the Dollar and interlink their payment systems by the end of the year.

Read More: Japan has withdrawn a sizeable chunk of its foreign reserves from the US and a domino effect is on the cards

Five of the largest economies in the region are scheduled to sign an agreement to integrate their networks by November.

The system will use local currencies to settle payments among the nations. Thus, payments made in Thailand using an Indonesian app will be converted straight into rupiah and baht without the need for US dollar as an intermediary.

The central banks of the ASEAN nations will now attempt to ultimately introduce the same structure to real-time bank transfers and central bank digital currencies. The countries are striving to have other ASEAN nation on-board as well.

Monetary Authority of Singapore Managing Director Ravi Menon said at the G20 finance ministers and central bank governors meeting in Bali, “This can be a deeply impactful move that we can build to the rest of the world”. Menon also highlighted how the move will lead to increased tourism and business opportunities with each other. He added, “It’s a public good infrastructure which improves financial inclusion, enhances efficiency and creates new business opportunities for all citizens.”

All wars are terrible human tragedies, but some also have profound effects on the world’s economy and finances. One of such wars is Russia’s invasion of Ukraine.

The dispensation of Dollar by the five biggest ASEAN economies is a pivotal moment. To protect economies from geopolitical risks, diversification away from the USD will become a norm among nations of global relevance. And, in a multipolar world, de-dollarization makes sense because each nation aspires to enjoy economic autonomy with regard to its own monetary policy.

“Because the Joker king can never be wrong”, Zelensky is on a firing spree