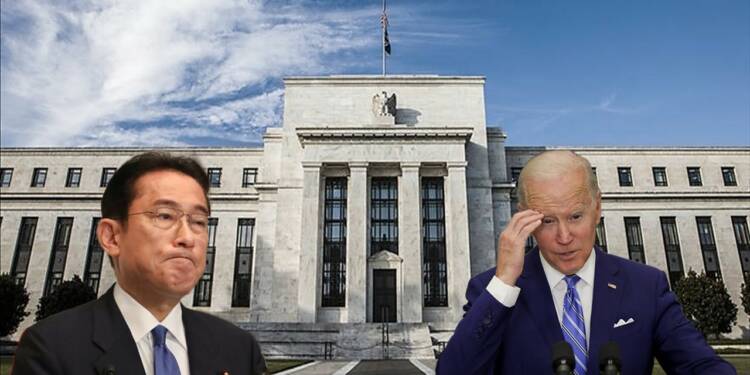 The Central Bank of the US, the Federal Reserve System has been the most trustworthy haven for investment and a safer, more flexible, and more stable monetary and financial system. Over the years, many countries have trusted the Federal Reserve System with their assets for foreign-currency deposits. According to the International Monetary Fund (IMF) data most of the nations report their assets in US dollars. China, Japan, Switzerland, India and Russia being the ones that have heavily reported in US dollars.

Amidst calls of ‘rebuilding Ukraine’ rising day by day, Volodymyr Zelensky demanded $600 billion to restore the war-torn Ukraine. Now, the Biden administration that came to Ukraine’s rescue resorted to attempting to seizing the assets of the Russian government and oligarchs and transferring those proceeds to Ukraine for its restoration. As a result, the US central bank started to lose its credibility and the countries losing their trust.

Russia’s foreign reserves in the US

Russia is the fifth largest reserve holder in the US. It had reserves of about 594,600 millions of dollars. But, as the ‘Rebuild Ukraine’ started gaining momentum across Europe, the US tried to divert those frozen reserves of Russia to Ukraine, which even the top officials in the Biden administration believed could be illegal. This step would tarnish the USA’s image and discourage other countries from relying on the US for foreign investments. This could encourage Russia to put its central bank reserves in other currencies and out of the American hands, the officials believed.

Read More: US Treasury Dept. resorts to wooing Russia to shore up its credibility in the world

Japan withdraws its foreign reserves from US

Recently, there have been reports of Japan cutting its US treasury holdings. Though Japan sticks to its narrative of withdrawing its foreign reserves due to price inflation which is rising in the US for a long time now, it seems that Japan is petrified of its reserves being frozen in forthcoming times. Japan, once a stalwart pillar of US investment, is cutting holdings from the Federal Reserve System will come as a severe blow to the US. Probably, the central bank of the USA has started to lose its credibility as countries start to cut their holdings.

Read More: Russian Su-34 jet fighters in Syria now have a new nemesis in the US.

The US Treasury Secretary Jannet L Yellen has said, “I think it’s very natural that given the enormous destruction in Ukraine and huge rebuilding costs that they will face, the US will look to Russia to help pay at least a portion of the price that will be involved,” Furthermore, she added, “It’s not legally permissible in the United States.”

Biden officials were pitching since a long time that this move could have adverse results that would compel nations to refrain from keeping their reserves in dollars. The countries might fear that in future conflicts the US and its allies might confiscate their funds.

When countries like Japan, who are believed to be USA’s top allies, are cutting its reserves, this move could surely create more shifts within the USA’s rivals.

The world’s safest place to leave assets has pushed itself at risk raising alarm within top reserve holders including India.

The US’s credibility is at stake!

Collection of 41 Intimacy quotes and captions