Russian Su-34 jet fighters in Syria now have a new nemesis in the US. 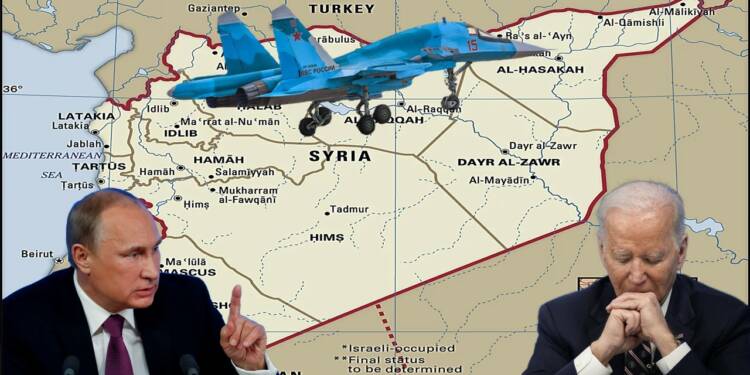 Russia’s attempt to pull out forces from Syria to support the situation in Ukraine was considered as Putin’s inability to maintain control over their interests in Syria. However, Moscow has re-established its presence in Syria by carrying out airstrikes at the al-Tanf garrison, near Syria’s border with Jordan in southeast Syria, where the Americans assist the local rebels by training them to offer resistance against the Islamic State.

Turkey’s plan to neutralize Kurds in Northern Syria has triggered the USA. Kurds are the major force of influence in the Syrian Democratic Forces(SDF) which enjoys US backing. Russia, on the other hand, supports the Syrian Government headed by Bashar al-Assad.

Read More: The Turkey Threat Time was right for anti-Assad forces to take on Syrian strongmen but here’s why they failed

Turkish President Erdogan has made up his mind to launch a special operation in two northern cities of Syria along the southern Turkish border to cleanse the Kurds and ensure the border safety of Turkey.

“We are taking another step in establishing a 30km security zone along our southern border. We will clean up Tal Rifaat and Manbij of terrorists”, he said a meeting of his ruling party in parliament

Russia and Iran have urged Erdogan not to carry out the operation in an attempt to ensure the sovereignty of Turkey under Bashar al-Assad. However, the area is already under the control of SDF and Ankara has supposedly made up its mind to get it done.

US Support to the Kurds

US’ support to the SDF in Syria against the Islamic State is no secret. However, things heated up when we look at the history of Kurds with Turkey. Turkey has banned PKK, a Kurdish alliance they believed to have spread terrorism in Turkey.

The main reason Turkey blocked the entry of Sweden and Finland in NATO was due to the Nordic countries’ support to the Kurds. Also, US support to Kurds in Syria only made matters worse. However, the USA can offer a smooth passage to Turkey inside Northern Syria to appease Erdogan so that he allows the Nordic nations become a part of NATO and to challenge Russia autonomy on Syrian mainland

The changing geopolitical situation around the world has triggered multiple powers to try and influence stake in Syria. Putin however was in the mood to confirm his position as the biggest stakeholder and backer of the Syrian Government.

The Russians reportedly communicated their intent to the US authorities through a telephone line established between the two countries many years ago. The aim of this line was to avoid direct conflict between the two nuclear powers on Syrian soil.

Soon after, Russian jet fighters, including two Su-35s and one Su-24, were observed traversing the area over al-Tanf before striking a combat outpost at the garrison, a U.S. military official said.

“We seek to avoid miscalculation or a set of actions that could lead to unnecessary conflict: that remains our goal,” Army Gen. Erik Kurilla, the head of U.S. Central Command, said in a statement. “However, Russia’s recent behavior has been provocative and escalatory.”

Russia is resilient in defending the legitimate government of Syria and is opposing Turkish and American motives on Syrian soil.