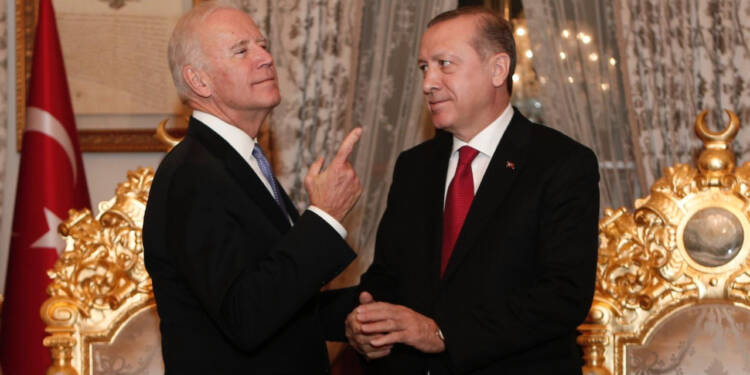 It seems that the US is engineering a strong strategy to throw Turkey out of NATO. But it’s also a well-known fact that for every US move, a nation has to make some tough choices. This time, it is Greece that has to make sacrifices by ceding its claims over the Aegean Sea.

But the most important question is why the US wants to exclude Turkey from NATO?

These factors have irked the US to an extent that it now desperately wants to throw Turkey out of NATO and for this, the US is using Greece as the sacrificial lamb. But here another important question arises; Why Greece is being used as a pawn of the US? It is because of reason that Greece and Turkey share historically stringent ties.

Historically, the Cyprus issue has been at the heart of many of Turkey’s and Greece’s differences. During the Ottoman Empire, Turks settled in Cyprus. Tensions between Greek Cypriots and Turkish Cypriots increased after Cyprus gained independence from the United Kingdom in 1960.

Turkey intervened as a guarantor in 1974, following a coup aimed at annexing Cyprus by Greece. The Turkish Republic of Northern Cyprus (TRNC) was established in 1983. Greece and Cyprus now argue that the north of Cyprus is still part of the Republic of Cyprus, and they refuse to recognize the TNRC. As a result, Greece claims that this area is part of their continental shelf and that they are entitled to any prospective oil and gas as well as any drilling activity.

Additionally, there are long-standing territorial disputes between Greece and Turkey in the Aegean Sea. Both Turkey and Greece have expressed their worries about violating one other’s airspace and militarising the area. Turkey claims that by growing its military presence in the Aegean Islands, Greece occasionally violates the Lausanne and Paris treaties.  Greece contends that it sent troops to several of the islands as a measure of self-defense because Turkey has sent out a sizable landing force known as the Fourth Army that may seize Greek Islands.

And taking advantage of this chance, the US has devised its own nefarious schemes to exclude Turkey from NATO. The US is attempting to instigate a war between Greece and Turkey over a territorial dispute in the Aegean Sea. The US is attempting to persuade Greece to relinquish its territorial claims in the Aegean Sea to Turkey in order for the US-led NATO to one day invade Turkey and reclaim those claims. This would eventually provide the US justification to kick Turkey out of NATO.

Nevertheless, Greece’s decision to accept the US’ intentions would be the most unwise one because it would entail trusting the US-led NATO to assist Greece in its hour of need which in itself is a foolhardy thought.