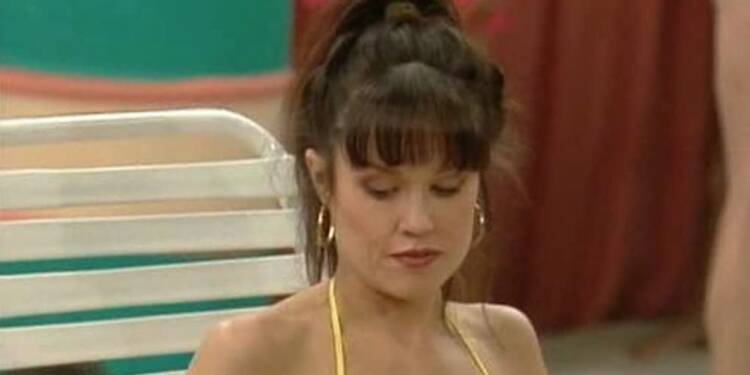 American actress and model Lisa Boyle is most known for her appearances in Playboy magazine and its several Special Editions. In this article we are going to talk about the biography, career, notable works, films and family of Actress Lisa Boyle so read the article till the end.

Additionally, she works as a freelance photographer, creating images for other magazines. She was born on August 6, 1964, in Chicago, Illinois, U.S.

Lisa is not active on social media sites and keeps herself away from the public. Her full name according to Wikipedia is Lisa Doreen Boyle.

Boyle began her acting career in 1988 with a role in Earth Girls Are Easy. Her first leading parts came in Midnight Tease and the Caged Heat 3000 women in jail movie from 1994. She has also been credited as Cassandra Leigh, Lisa D. Boyle, Lissa Boyle, Lisa Boyles, and Cassandrea Leigh.

She has also made appearances in a number of other motion pictures, including brief cameos in Lost Highway and Face/Off and more significant roles in direct-to-video softcore films like Cinemax’s I Like to Play Games and Friend of the Family (1995), which have helped solidify her fan base. She has appeared in films as well as TV shows like Married… with Children, Dream On, Silk Stalkings, and The Hughleys, where she played Kelly Bundy’s friend Fawn for five episodes.

She has also starred in a number of music videos, such as Warren G’s “I Shot the Sheriff” and Aerosmith’s “Falling in Love (Is Hard on the Knees).

Boyle made the decision to become a naked model when she split up with her fiance. After finding an agency, she signed on with Playboy magazine in less than a month. She was asked to model for The Book of Lingerie’s March/April 1995 issue.

Between 1995 and 2000, she appeared in more than 15 editions of Books of Lingerie, five of which were cover images. Boyle has modeled for Playboy in addition to Celebrity Skin, L’Equipe, Access, and Loaded.

Boyle was a Chicago, Illinois, native. 1982 saw her graduate from Steinmetz High School in Chicago. She moved to Kailua, Hawaii, with a friend after graduating from high school, where she worked as a waitress.

She went back to Chicago a few months later and stayed there for a while before relocating to Los Angeles. In the end, she was hired by a Hard Rock Cafe.

There is no information about her current relationships and even if she has one, nothing is known. According to a few sources, she had relationships in the past however, recent data suggests that she is single in 2022.

She graduated from Chicago’s Steinmetz High School, which was Hugh Hefner’s alma mater.

She has Polish, Lithuanian, and Irish ancestry.

She is also known for her likeness to Kira Kener.

Boyle was an Eidos Interactive booth girl at the 1999 Electronic Entertainment Expo (E3).

She worked as a still photographer on the 2005 television program Chasing Farrah.

We hope this biography article of Actress Lisa Boyle will be helpful for you to understand her journey and works.