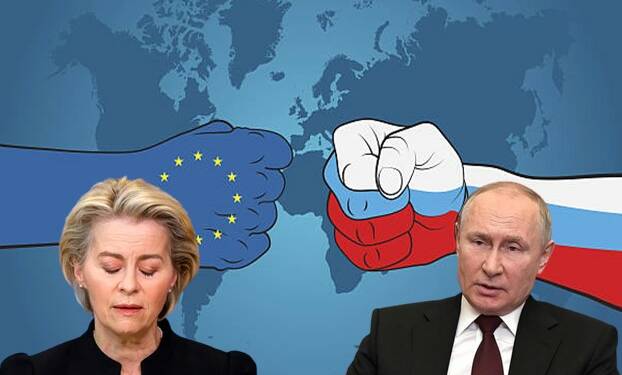 It all started when Russia decided to fix its foreign policy to favour Russia’s Eurasian neighbours and China rather than Europe. It was a tectonic shift in Moscow’s policy that always showed a tilt towards Europe. So, it was simply Putin saying that Russia won’t go “Europeanising” as per the EU’s demands. It was a start of a bitter battle between Moscow and the EU, that still continues.

The relationship between the EU and Russia since then was laden with controversies. But whatever the quibbles, Russia still remained the EU’s largest supplier of natural gas and oil. Europe’s tonality with Russia completely changed after Russia annexed Crimea, back in 2014. US-EU teamed up to flood Moscow with sanctions, putting restrictions of different hues on Russian trade and commerce. But even in this quagmire, one thing remained static and that was the EU’s reliance on Russia for natural gas and oil.

During these times, it dawned upon Europe’s political heads to take a shift from Russia to find an alternative for gas. EU wanted a change after discerning that Russia might display its ruthless side by cutting gas to Europe for the latter’s toughening stance on Moscow.

In the run to find an alternative, Europe finally reached the doors of Tehran. EU has always held the JCPOA deal with optimism and wanted a trade deal with Iran since the oil-rich country could satiate all demands of Europe with ease. Such a doing would help Europe disengage from its dependence on Russia. But there happened a roadblock—the USA. Nothing saw the light of the day since the US went adamant in its decision to not proceed with any kind of talks with Iran. EU being a close confidante of America could not help but only be infuriated at the US for hindering the deal.

EU then salivated over the north African region. North Africa’s oil and gas landscape is centred on three producing countries: Algeria, Libya and Egypt.  But things never went that smooth for the EU. Algeria has always been a stronghold of Russia, and so be the rest of the North African countries. So it needed a Yeoman’s work from the European side to untangle the African terrains from the Russian hands.

No alternative for gas

EU aimed to address the rising wheat and fertilizer prices and expected shortages in North Africa and the Middle East with “food diplomacy” to counter Russia’s dominance in this region.

However, Brussel’s laborious attempt to change the narrative in northern Africa didn’t hit the right chords. African countries knew well, the sort of repercussions, they will be subjected to if they moved away from their allegiance to Russia.

The US meanwhile exported gas mostly to Asian countries. The market was deemed lucrative with buyers aplenty in the Asian terrain. Even while being a close ally of the US, the European market missed the “sheen” of its Asian counterparts. Moreover, US oil was costly and it was logical for Europe to side up with Russia for cheaper oil.

The last bid from Europe went for the EastMed pipeline. Europe’s new push for diversification from Russia’s energy has revived talks about a pipeline bringing natural gas from the Eastern Mediterranean to Greece and the rest of south-east Europe. However, the European Commission still insists on the EastMed pipeline’s commercial viability before giving its final blessing.

“The feasibility of pursuing the EastMed Pipeline project will depend on its commercial viability and its ability to contribute to the EU Green Deal goals,” a Commission source told EURACTIV Greece.

Read more: European nations start to violate their own sanctions on Russia

The project got the ire of many for going against the EU’s proposed plans of decarbonisation. Even the US jumped into the issue commenting that the project to transport natural gas from the eastern Mediterranean to Europe will take too long to build and be too costly to be viable.

So, it is crisis after crisis for the EU. The fight to overcome Russian dominance has gone past a decade with little to no joy for the EU. Moscow has emerged as the victor in every battle that has been fought with the EU.