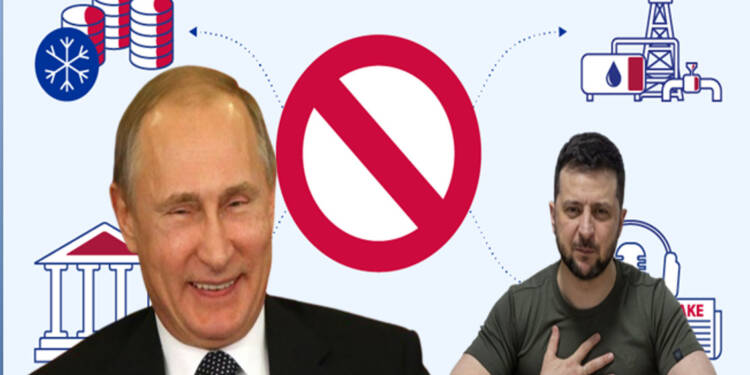 The EU is now changing its strategy towards Russia after attempting and failing at every trick in the book. Therefore, it is strange that the EU is now pleading for patience with regard to anti-Russian sanctions, which only serves to highlight their admission that they lack the skills necessary to compete with Russian might.

In February 2022, the European Union showed the spirit of a raging bull to go pounce on Russia for the special military operation that Moscow conducted after Ukraine failed to implement the Minsk agreements. The world got stunned by the eastern European crisis and the EU felt like the onus was on them to take Russia to task, so they moved ahead with sanctions and restrictions on Russia.

Patience is the key

And now, in July 2022, the spirit of the raging bull within the EU is nowhere to be seen. Ukraine is on the edge of a defeat and more than anyone, the EU has got the feeling that nothing could help tame the ‘devil’ in Russia. So, the European Union is adopting a different take in its approach to Russia much to the embarrassment of a battered Ukraine.

The European Union will amend its sanctions on Moscow on Wednesday by allowing the unfreezing of some funds of top Russian banks that may be required to ease bottlenecks in the global trade of food and fertilisers, a draft document showed.

EU’s sanctions had a nil impact on Russia

Over time, the EU made six sanctions packages which proved futile with little to no effect on Moscow. But the critical juncture at which the EU stumbled was when Putin displayed his strategic genius by halting Nordstream-1 pipeline that transferred gas to Europe.

EU changing its stance was also visible in the latest package of sanctions which made notable exceptions for countries that relied largely on Russian gas to survive an inclement winter season.

Under the revised sanctions, the EU also plans to facilitate exports of food from Russian ports, which traders had stopped servicing after EU sanctions despite the measures explicitly exempting food exports, an official said.

Read more: One move by Putin turns Spain into the most Russia-dovish country in Europe

With winter to battle upon, the EU has found out that it won’t be the best to still hang on with its support for Ukraine. The west and other allies that once flooded adulation on Ukraine’s military might are quietly fading away from the picture. Russian on the other hand is taking every step with precision to make sure their special military operation tastes victory.

The recent televised addresses from the Ukrainian president Volodymyr Zelelsnky give signs of an alarmed leader. This is a major shift from the earlier attitude of the president who wore his iconic olive-green tees everywhere to show valour. Ukraine is finally on the verge of admitting a defeat while the EU with this sudden policy change has already surrendered before Russia.