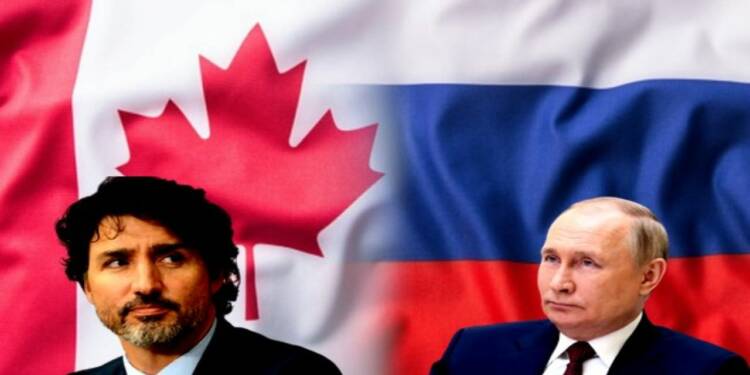 Since the start of the Ukraine war, Canada has been in favour of Ukraine. Canada gave its full support to Kyiv, not to show off any diplomatic niceties or to keep any high moral stand, but because NATO asked it to.

NATO was at the heart of Canadian foreign and defence policy for the entirety of the Cold War and Europe was Canada’s heritage, the locus of Canada’s deployments in both World Wars, and a market of importance.

Now it is 2022, and the world is all eyes on the Ukraine war, that kicked off in late February. NATO plays a futile yet vital role in this big fight against Russia. On repeated demands from NATO, Canada has even given military assistance to Ukraine to resist Russian might. The timing should be noted as Canada’s economy has become a joke. Moreover, Canada’s spending on its military is so cheap that accusations are being made about Canada using NATO as a shield to go lazy on its armed forces.

But adding more worry is the sudden trend that is spreading in Canada. Unlike at the start of the war, when every tale of NATO found success, now people are tilting in favour of news and facts given by Russian-affiliated news organisations and web portals.

People devoid of any politics are now viewing news brought to them by Russian state-affiliated agencies. You see, previously these people relied a lot on other elite news agencies, and the sudden change reflects the swing that happened in favour of Russia among Canadians even after NATO tried its best to influence Canadians.

57 per cent of Canadians believe the claim that “Ukrainian nationalism is a neo-Nazi movement”— a considerable rise as compared to the initial days of the Ukraine war, when a majority of Canadians sympathised with Kyiv.

However, the start of the war was another story. NATO propagated its narrative through elite media houses and served it to the people. But now social media has busted the hoax of the big media houses that work a 24/7 job for Ukraine, and this has invoked a sense of curiosity in the people to find the truth about what is transpiring in Ukraine.

“The Minister of Canadian Heritage, Pablo Rodriguez, and the Minister of Intergovernmental Affairs, Infrastructure, and Communities, Dominic LeBlanc, recently announced over $2.4 million in funding for projects that will help citizens determine for themselves what is fact and what is fiction online. Most of these projects will focus on fighting Russian disinformation in the face of its unjustifiable invasion of Ukraine. ”

From this, one can simply figure out how frustrated Canadian Prime Minister Justin Trudeau is. Recently, he gave his approval to a controversial C-11 bill that is said to regulate the freedom of YouTube content creators. Make no mistake, Trudeau wants to decide what topic is “Canadian enough” for the people to watch.

At a time when Trudeau’s grip on power is slipping, with more Canadians coming out in dissent against the government, the current tilt of Canadians towards Russia will be an insult to injury for the Canadian Prime Minister.

Finally, whatever ploy that Trudeau comes up with to counter this Russian influence in Canada, one thing is proven — it is Putin, and not NATO, who is winning Canadian hearts.

Putin exposes the real faces behind the Ukraine war