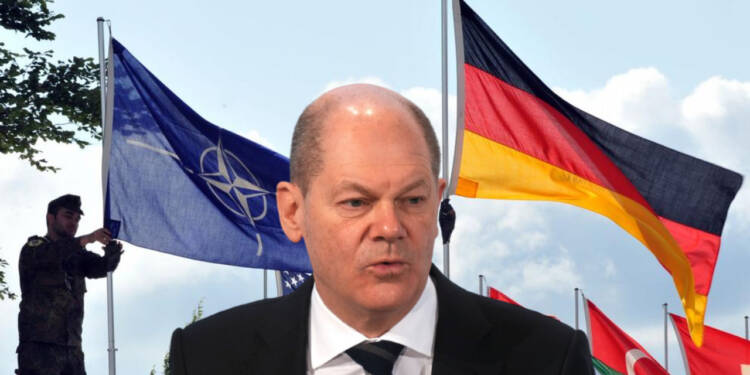 In recent times, it has become increasingly clear that NATO is actually fuelling the crisis in Ukraine rather than cooling it down.

The military might of the alliance is a facade as it has failed terribly in defending Ukraine. Now, Germany is starting to realise that everyone will need to be self-reliant in the future. Furthermore, depending solely on NATO’s military security could be disastrous for the country. Germans have so begun to reject the military alliance.

Behind closed doors, there have been many points of contention between NATO and Berlin. But, publicly Berlin has always toed the line of NATO. It has never backed away from sending military aid and assistance to Ukraine. Furthermore, Germany has also played a crucial role in solidifying NATO in the Baltic states and Romania in order to boost the eastern flank.

But this has hurt Germany in many aspects, the economy is in tatters, and even the public support for NATO has dwindled. German political veterans are now advising the country’s chancellor to recognise and do what is necessary.

These calls might be a warning siren for the United States because Germany is posing a threat to its aim to be the only superpower in terms of a “Nuclear Arsenal.”

Veteran Politician and a renowned figure in German Politics, Wolfgang Schauble has advised Germany to start funding France’s ‘nuclear arsenal’. According to the German newspaper Sonntag, Schaeuble believes Germany needs defence security and France can provide it with such weapons.

Read More: Germany lashes out at EU for ‘plotting’ to get 1000 German soldiers killed at Russia’s hands

He said: “In our own interest, we Germans must make a financial contribution to the French nuclear force in return for a joint nuclear deterrent.” Furthermore, he added, “Now that Putin’s accomplices are threatening a nuclear strike every day, one thing is clear: we need nuclear deterrence at the European level as well.”

This advice comes from a veteran who has remained in German politics for over 50 years. Schauble’s proposal to finance the arsenal might give Berlin a say on using nuclear weapons. The Conservative politician believes that France and Germany would come to an agreement as neighbours are NATO partners.

Snub for US and NATO

Well, US success in Ukraine has come to a cropper and now, Germany intends to ditch away from US’ nuclear security. Furthermore, it wants to strengthen the EU’s own nuclear arsenal. Now, that’s a really big blow to NATO’s security agreement.

As per the Stockholm International Peace Research Institute, France in recent times has challenged US’ dominance in defence manufacturing. It is one of three NATO members with nuclear weapons, alongside the United States and Britain with more than 300 nuclear warheads in its arsenal.

Read More: Smaller EU nations unite against Germany to prevent it from poaching their gas supplies

Germany is finally exercising much-needed proactive leadership in Europe rather than towing with NATO. This would strengthen the EU’s own defence alliance, which has long been a sore subject in Europe.

In the event of a warlike situation, Germany’s financial support with an already advanced French arsenal would be sufficient to defend the entire continent. With this, the role of the US arsenal in maintaining NATO security would undoubtedly be challenged.