Oil prices could be half a dollar realistically, but Trudeau won’t allow it 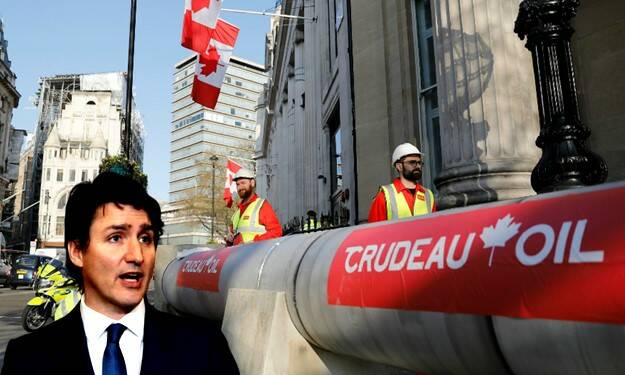 The Ukraine war has not been kind to the world, despite lofty hopes that everything would get back to normal. Due to the conflict in Ukraine, the price of gasoline has increased across the globe, and Canada is no exception.

Exceeding an average of $2 per litre across the country in May, the cost of gas has set a new all-time high in Canada, with the added toll coming at a time of record inflation. In many places, the brunt is so high that people now fear they may have to stop refilling and wait for skyrocketing gas prices to return to normal levels.

However, rebounding to normal levels currently looks a little unrealistic. Canadian gasoline prices could actually be very low in comparison to the world. Honestly speaking, Canada has abundant oil reserves. After all, according to the federal government, Canada is the world’s fourth-largest producer and third-largest exporter of crude oil and the fifth-largest producer and sixth-largest exporter of natural gas. Make no mistake, the real cause of high prices is inadequate infrastructure and Trudeau’s reluctance to reform it.

Let’s start by discussing the structure of the Canadian Oil Price. According to the Canadian Fuels Association, crude oil accounted for 39% of the cost of standard gasoline, followed by taxes (35%), refining (20%), and distribution and marketing (6%).

These taxes include the carbon tax, federal and provincial taxes, local taxes levied by some towns along with transportation charges. This is precisely the reason why gas costs are much higher than they should be.

You see, the Canadians have to pay around 6% for the distribution of their gas because Canada lacks a proper infrastructure for the transportation of gas.

According to a report by IHS Markit, Canada suffers an additional $14 billion USD loss as a result of limited market access, but the real loss could be much higher. Canada even lacks basic pipeline capacity to deliver its produced oil to both the domestic and international markets.

Canadians also have to pay carbon taxes on top of their high federal taxes. This is how damned the Canadian energy sector is and the blame lies solely with Trudeau, who has single-handedly destroyed the tax system and totally decimated the Canadian infrastructural growth.

The Ideological Factor in Gas Crisis

Technically, if one nation is in an energy crisis, the country should ideally increase oil production. But in Canada, things are different. You will face intense pressure from the federal government in Trudeau’s banana republic. By implementing totalitarian federal laws, the federal government has made sure that Canada’s infrastructure would remain a knotty problem. The Canadian Government knowingly introduced controversial standards for pipeline approvals by passing Bill C-69 in June 2019.

In the very same year, Canada also introduced a carbon tax system for generating extra revenues in the name of pollution. Trudeau pushed regulatory charges on fossil fuels like gasoline and natural gas, known as the fuel charge, and a performance-based system for industries, known as the Output-Based Pricing System.

Since then, there has been an increase in gas costs. Following the COVID-19 crisis and the war in Ukraine, the price exploded at a rapid rate.

In addition, almost every province of Canada knows that the nation is underperforming in terms of oil production because the Federal government is creating intentional hindrances in the pumping of the oil. The long-delayed Mackenzie Valley Gas Project, which was supposed to connect northern Alberta with the Northwest Territories, was terminated. Energy East, which was supposed to connect New Brunswick and Alberta, was scrapped.

For this, the Canadian Government has been chastised several times. Alberta’s Premier, Jason Kelly, once criticized Trudeau stressing that, “Canada could easily add up to 900,000 barrels per day (bpd) of oil export capacity to the United States and reduce the burden over civilian pockets.” But does Justin care? Absolutely no.

Read More: All conservative voices in Canada to be banned soon!

In order to garner unwarranted praise from wokes around the world, Trudeau wants to present himself as a progressive liberal prime minister, even if it means endangering the lives of the people in his country. Don’t be fooled; if Canada had a competent PM in charge, oil prices might have been less than a dollar.

A 35 Collection of Stairs Quotes to elevate you in life