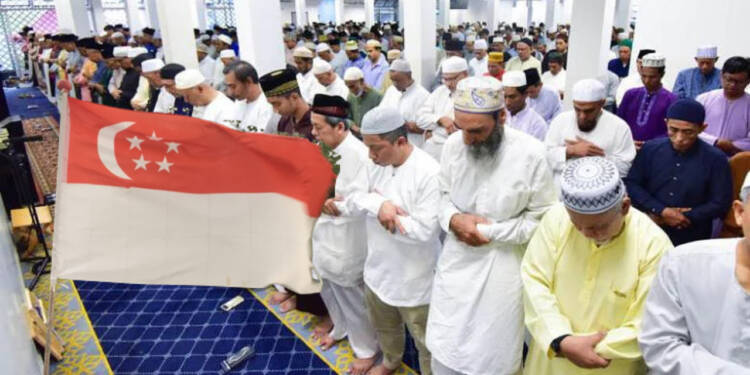 Singapore, which is a country that has exemplified the beauty of diversity, has seen increased communalism in recent days. Foreign and domestic voices are trying to score political points by turning communities against each other. Danger looms over Singapore’s identity as a melting pot of ethnic cultures with its racially varied population and different religious traditions.

Singapore broke away from Malaysia in 1965 to become a free, independent nation. Deep political and economic divisions between Singapore’s and Malaysia’s respective ruling parties led to the split, which in turn stoked racial riots in July and September 1964.

The population of Singapore is diverse. Ethnic Chinese make up 75% of the population followed by Malays who are 15% and 7.5% Indians.

The majority of Singapore’s Chinese population came from southern Chinese regions like Fujian and Guangdong. The Malays in Singapore come originally from the surrounding regions, including the Indonesian islands of Java and Bawean, as well as the Malayan peninsula. Among the Indian ethnicity, every three in five people are Tamils.

Malays, the second largest ethnic group in the country have always alleged Singapore of discriminating against them. However, social scientists say that cognitive dissonance between being a Malay or being a Singaporean exists within the group.

The Singaporean constitution even acknowledges the special position of the Malays, who are officially recognised as the indigenous people of Singapore. In accordance with this clause, the government is also tasked with defending, preserving, supporting, encouraging, and promoting peoples’ political, educational, religious, economic, social, and cultural interests as well as their native tongue.

99% of Malays in Singapore are Muslims. Malays are overrepresented in criminality, drug misuse, and the jail population in comparison to other ethnicities.

Their loyalty to their nation has repeatedly come under scrutiny, and for the right reasons. In 1987, then Singapore’s second minister of Defence Lee Hsien Loong questioned their nationalism, “if there is a conflict, if the SAF is called upon to defend our homeland, we don’t want to put any of our soldiers in a difficult position where the emotions for the nation may come into conflict with his emotions for religion, because these two very strong fundamentals, and if they are not compatible, then they will be two very destructive forces in opposite directions.”

You see, Malays are seen as having a soft corner for Malaysia. Father of Singapore Lee Kwan Yew himself expressed similar views in 1999 on the potential conflict of interest Malays may have if Singapore were to engage in hostilities with Malaysia.

The support from Malaysia that Malays get further emboldens them and the dissatisfaction brews communal tensions.

Singaporean poet Alfian Sa’at, who hails from the Malay community, in one of his creations said that he doesn’t consider Singapore as his country:

“Singapore you are not my country”

“Your words are like walls on which truth is graffiti

This has become an island of walls

However, researchers say that less representation of Malays isn’t the result of fewer opportunities for them. The social and aesthetic demands of the Malays are more important to them than their economic needs. Because of this, their socialisation did not place a strong focus on values related to economic success, especially in the industrial and commercial realms.

Malay parents prioritised teaching their children social and religious values above competitive and materialistic ones. The ideals of education and professional achievement were recognised, but they had not been internalised and given moral grounds for their ideas. Some even say that their religion and their traditional value system prevented them from pursuing economic goals.

Whatever, maybe the case, the support of Malays in Singapore from Malaysia can lead to communal or ethnic tension. Malays should consider them as Singaporean first and shouldn’t supersede their religious identity over the national one. Singaporean government should also try to incorporate Malays into their society or take necessary steps before they become a source of humiliation for the country.