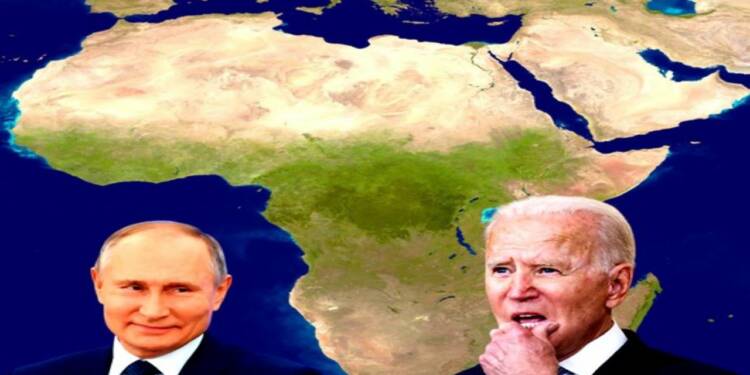 US President Joe Biden has announced that the United States is going to bring together leaders from across the African continent for a major summit in Washington, DC. The main motive of the summit is to discuss pressing challenges from food security to climate change as per the White House.

The White House stresses that the summit will demonstrate the United States’ enduring commitment to Africa, and will underscore the importance of U.S -Africa relations and increased cooperation on shared global priorities.

Now notice these words of US officials —“We believe the United States offers a better model, but we are not asking our African partners to choose.” Make no mistake, this is a strong reminder for Africa to continue its allegiance to the US.

The US desires that Africa submit to its decrees. Africa believes otherwise, though. You see,  Africa has started to decimate the neo-imperialism of the US and China, and now the continent is beginning to welcome Russia to its soil. Numerous reports support the idea that African countries are easing up to the Russian government.

Nonetheless, that’s a good move by the US to regain the lost ground in Africa. But, Biden is still in planning mode. Russia, on the other side, has started executing its plans already.

Immediately after the announcement of the Africa Summit by the US, Russia dispatched its top aid to Africa. As per Reuters, Russian Foreign Minister Sergei Lavrov has landed in Africa to start his African tour.

Lavrov started his trip with the aim of boosting cooperation with the continent amid the war in Ukraine and the confrontation with the West. As announced by the ministry’s spokeswoman, Maria Zakharova, Lavrov’s trip will last from 24 to 27 July and he will travel to Egypt, Ethiopia, Uganda, and the Republic of Congo.

Lavrov is going to meet with senior officials of the Egyptian government of Abdel Fattah Al-Sisi, a key ally of the United States in the region. Furthermore, Russia’s state-owned energy corporation, Rosatom started construction of Egypt’s first nuclear power plant this week. The Russian minister is also poised to meet members of the pan-Arab organization.

Nations like Ethiopia and Uganda have also started to shift their allegiance to Russia for various reasons. Ethiopia, the second-most populous country in Africa, is working to liberalize its sluggish, government-run economy.

Whereas, the alleged violations of ‘human rights’ by violence during elections inflicted by state security personnel, massive corruption, and other problems have strained relations between oil-rich Uganda and the West.

In most African countries, this is the situation; either they are tired of the West or simply want to escape the Chinese debt trap, and Russia is proving to be their most advantageous ally to assist them in doing away with the diktats of both Beijing and Washington.

This is fairly understood that the US is rattled by the expansion of ties between Russia and Africa.  The influence of the West is being challenged. The nations that once used to kowtow to the demands of the US are now denying to do so.

But one needs to understand that the US’ approach to lower the influence of Russia is a really slow process. Sleepy Joe is planning to tackle Africa after six months, while Russia is proactively expanding its influence in the region. If he carries on like this, US existence inside Africa would be history.