Fuel Woes: A massive inter-province immigration wave is about to hit Canada 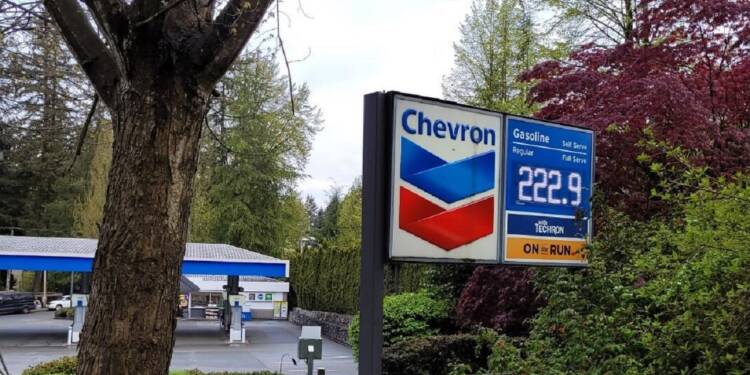 The Canadian government in the nation is heavily involved in an ongoing war between Russia and Ukraine that has nothing to do with Canada while utterly ignoring the public’s cries over exorbitant fuel costs. Gas costs are at an all-time high as a result of the government’s foolish decision to enter the war.

The crucial thing worth noting in this scenario is that gas costs are generally lower in areas where the conservative party controls the government. And British Columbia, a liberal province, is reported to have the highest price.

But why is there such a significant disparity in fuel prices? The answer is fairly obvious, they cast their votes in favour of socialism!

Drivers in Canada are experiencing a little relief in these tough times. The record jump in gas prices climbed down a little which eased the present troubles of inflation in the country. But sadly, the people in British Columbia, Canada’s westernmost province, have been omitted from this relief package.

According to the Oil Price Information Service (OPIS), a leading North American supplier of energy data, 94 of the top 100 most expensive gas stations in Canada can be found in B.C.

People in B.C are shelling out a good lot of cash with the province having some of the highest prices for gas in the country.

Doug Clovechok, MLA for Columbia River-Revelstoke, added that the provincial government has the ability to, and indeed should lower the cost of gas provincially by reducing taxes. Clovechok said that it’s important they ease the pain of his constituents in places like Revelstoke that are already feeling the pressures of inflation and the rising cost of living.

Read more: The Arctic challenge that Canada has conveniently forgotten about

Pay for the choice you made

British Columbia’s NDP government has been in the news for all the wrong reasons, including their equivocal stance on the hotly debated Keystone XL pipeline. And now B.C. is known for having amongst the highest gas prices in Canada, which can be attributed to several factors.

A high amount of taxation contributes to the high prices, with those fuelling up in B.C. outside of Vancouver and Victoria paying 61 cents per litre in tax, according to the 24th Annual Gas Tax Honesty Report.

Meanwhile, in conservative-ruled Alberta, Gas prices are the lowest with 188.6 cents per litre. Just to bring it again, in British Columbia the price is 214.9 cents per litre.

Experts say those hardest hits by high gas prices are low-income Canadians who are more likely to spend a sizable chunk of their income on transportation and are less likely to afford electric vehicles in order to offset rising costs.

And now with the soaring prices of gas, the people of British Columbia are seeing the perils of voting a liberal socialist government to power where they are taxing the citizens to smithereens. If this trend of high prices continues, one can’t neglect the fact of people in B.C packing their bags and migrating to other conservative states to experience better living.

This is exactly what happened in the neighbouring US, as thousands of people moved from California to Texas, a Republican stronghold, in search of better living conditions.

Texas became the New Haven for many Californians after the ultra-high prices reached the zenith making everyday living costs a miserable reality for the populace of California. The affordability of California’s housing market is another key driver in the mass migration of Californians to Texas.

People in British Columbia are emulating California with people struggling to afford groceries and other basics. With liberal leadership in B.C making it more difficult for the people to survive, a large inter-province migration to conservative heartlands like Alberta is a certainty.

75 per cent of Canadians between the ages of 18 and 34 said they believe the rising cost of living. The cost of living in Canada has recently jumped at a rate not seen in over 30 years, with economists warning that inflation rates could get even higher. Housing is also becoming increasingly scarce, with record-low mortgage rates propelling Canadian home prices 52 per cent higher over the past two years and fewer rentals available on the market at an affordable price. Adding to this comes the catastrophe that is the rising oil prices in British Columbia.

And for the people of British Columbia, this is what democracy looks like when you vote socialist parties to power.