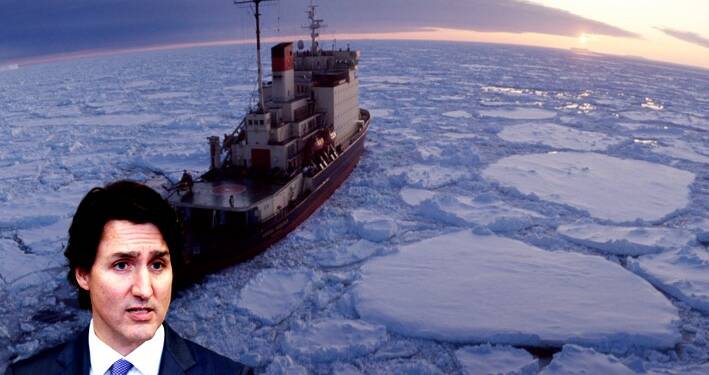 Since late February, the world is fixated only on the happenings in the eastern European region, which garnered news after Russia decided to go on a special military operation into neighbouring Ukraine. But geopolitics is a wide ground and the Ukraine war is not just the only game in town.

Arctic and the Big Fight

Something has been brewing up in the Arctic for a long. Occasionally news would surface about countries lining up to claim their rights for this valuable geography in the northernmost part of the earth. Speeches by President Xi Jinping and senior Chinese officials with responsibility for Arctic policy are clear that building China into a “polar great power” by 2030 is China’s top priority. China sees the Arctic — along with the Antarctic, the seabed, and space — as ungoverned or under governed spaces.

But whatever it be, China is too feeble to go for military actions in the Arctic that experts describe will be harmful to Chinese goals. So, what made a 24/7 belligerent country like China back off from its military plans in the Arctic?

Yes, geography plays its part but there is also a competitor that Beijing would make every effort to avoid. Yes, the present ‘spectre’ of the world—RUSSIA.

Russia is an enormous country where one-fifth of the country’s landmass is north of the Arctic Circle. In 2020, Moscow made a good friend in Greenland with trade deals ranging from footwear to frozen food items. At first glimpse, it was just a start of a new friendship and no one found any peril in such a deal.

But when things became more global, the US understood the strategic genius behind Russia’s sudden pact with Greenland. You see,  Moscow could use Greenland as an easy conduit to Canada and the Arctic, which will give them an upper hand over China.

Canada, however,  is distancing itself away from this big fight. Under Prime Minister Justin Trudeau, Canada has chosen to be domestic. With an array of issues such as LGBTQ, human rights, freedom protests, and immigration, Trudeau is left with no time to put his head into matters about the Arctic.

Furthermore, Canada is militarily bleak as compared to the big powers in the Arctic. Apart from occasional sojourns to Afghanistan and Iraq under the direction of NATO, the Canadian military has no serious experience in the climate of war. Warfare is alien to the currently military-less Canada, and even Japan, a much smaller country with a Pacifist Constitution, has a bigger military force to gloat about. And there’s no denying the fact that Trudeau will only join the race for the arctic if the USA tells him to.

Stage set for a New War

If Trudeau is banking on NORAD, the North American Aerospace Defense Command, it should be considered that the prime minister of Canada lives in a utopian heartland. Canada pouring $4.9 billion Canadian Dollars (US$3.8 billion) for the redemption of NORAD won’t sit well with the US-defined standards. Talks are making the rounds about the very low sum invested by Ottawa for countering the Russian influence in the Arctic and the broader picture shows how the US can easily ditch Canada, especially since Washington has another Gordian knot to untangle itself from Russia, and that is Alaska.

Read more: Russian threat knocks at the gates of Canada

On July 7, Vyacheslav Volodin, the speaker of the Russian Parliament’s lower house, warned that if the US continued to seize Russian resources abroad, Moscow could reclaim Alaska, formerly a part of the Russian territory.

Even threatening billboards appeared in Russian cities saying “Alaska is ours.” It may be a classic response from Russia to the unsolicited involvement of the US in the Ukraine war. Considering the fact that even the US-led, mighty NATO was unable to match Russian strength in Ukraine, a far weaker force like NORAD is destined to fail.

In addition to conducting operations with long-range Mig-31BM Foxhound interceptors and Tu-22M3 bombers from these bases, Russia has also stationed long-range S-400 and medium-range SA-17 air defence systems and Bastion-P anti-ship missiles in the Arctic.

You see, it will be a Herculean task for Russia to compete with Europe since European nations are clustered together and are capable of quickly assembling a cohesive force to challenge Moscow.

However, it will be a different story when it comes to Canada. From Greenland to the Arctic, Russia could anytime knock on the doors of Canada. And, don’t be fooled; no US-backed NORAD will be there to back Justin Trudeau. Perhaps, the next big war will happen over Canadian skies.