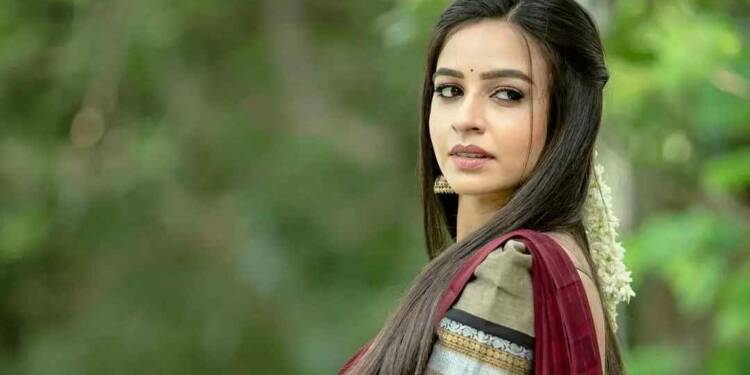 Divya Ganesh is a model and actress who works primarily in the Tamil television business in India. Her Sun Tv Tamil Serial Sumangali is well-known. According to some sources. Divya has been active in the industry since 2016. In this article we are going to talk about the biography, career, notable works, films and family of Actress Divya Ganesh so read the article till the end.

In the Tamil television series Keladi Kanmani, produced by Sun TV and directed by ON Rathnam, she made her acting debut. She appeared in well-known serials including Baakiyalakshmi on Star Vijay, Lakshmi Vandhuchu on Zee Tamil, and Sumangali on Sun TV.

She also made her acting debut in a Tamil film, Adangathey (2021), directed by Shanmugam Muthusamy, starring GV Prakash. She is currently working on her second Tamil film, Kannadi.

She gained notoriety after beginning to work on Star Vijay TV serials; one of the most well-known was Baakiyalakshmi, in which Divya Ganesh portrayed Jenifer aja Jeni as an affair of Chezhiyan (Velu Lakshmanan). She works as a model for print media and television ads in addition to participating in Kollywood film auditions.

She is quite active on social media and has over 600k followers on Instagram. However, she is not very active and only posted over 600 times since her joining. Her handle can be reached at divya_ganesh_official.

A middle-class Hindu family welcomed Divya Ganesh into the world on September 12, 1994, in Ramanathapuram, Tamil Nadu. Ganesh is the name of her father who works for a private company. Her mother works as a homemaker. Upon seeing her desire to become an actress, her parents have always encouraged her to pursue a career in acting.

In Ramanathapuram, Divya received her education at a private school. She graduated from Chennai with a law degree.

Divya also made her acting debut in Rathan Ringha’s Attu, a Tamil movie. She became a well-known star thanks to the super-popular movie.

In Tamil Nadu, Divya Ganesh was born and raised.

Since she was a little child, Divya has always aspired to be an actress and has frequently participated in school plays and ramp walks.

She gained notoriety in 2022 when she appeared on the Star Vijay television programme Bhagyalakshmi.

She worked as a model for several companies’ commercials.

We hope this biography article of Actress Divya Ganesh will be helpful for you to understand her journey and works.

A migrant war breaks out between Poland and EU