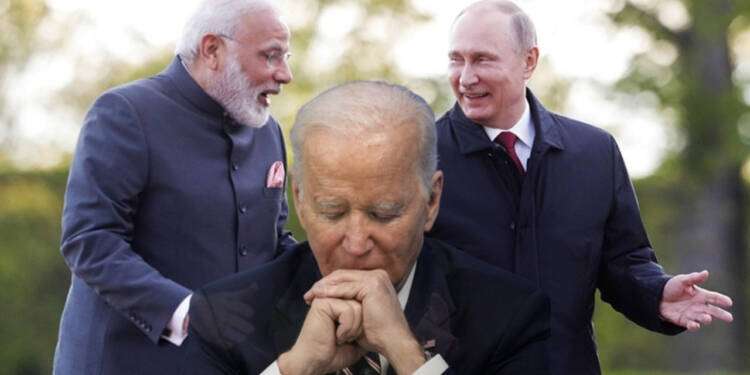 India’s stature under its Prime Minister Narendra Modi is constantly rising with major world powers like the United States, Russia, and France looking to develop strong relations with the former. India’s demography, technological advancement, strategic location, and diplomacy has made it one of the top contenders for a permanent seat at the UN security council.

New Delhi’s unfriendly relations with its neighbors China and Pakistan have encouraged the country to develop its defense capabilities. All three nations of the region possess nuclear capabilities and their leaders do not shy away from advocating its use. India has long had border disputes with both China and Pakistan, necessitating the maintenance of robust fortifications to prevent intrusions.

AUKUS is a program under which the United Kingdom and the US are reportedly assisting Australia to develop its nuclear capabilities to counter China’s growing stature in the area.

Similarly, a proposed program mimicked as the INFRUS is a deal envisioned as an Indo-French collaboration with American blessings to help India strengthen its sea-based nuclear deterrent, improve its nuclear attack submarine forces and counter future Chinese incursions in the Indian Ocean.

Read More: In a serious warning to China, India to fast-track deployment of nuclear-capable missile that can hit Beijing

The point would be to lend a hand to India in building a better and more silent naval nuclear reactor, which France could do because of the availability of technology to build smaller, effective, and quiet machines that India’s Arihant still lags behind on. However, the United States must agree to the proposition as a go-ahead for France.

The idea of INFRUS has been forwarded in a report by Ashley J Tellis, a senior fellow at the Carnegie Endowment for International Peace specializing in international security, defense, and Asian strategic issues. Tellis views INFRUS as the USA’s counter to China in the region.

New Delhi under the leadership of PM Modi has proved to the world the mettle of its diplomacy. India has long maintained a neutral stand between the issues of the two biggest nuclear powers the US and Russia. Moreover, New Delhi has maintained warm relations with Russia in the past. A number of defense deals are also in play with Moscow.

In October 2018, India signed a USD 5 billion deal with Russia to buy five units of the S-400 air defense missile systems, despite a warning from the Donald Trump administration that going ahead with the contract may invite US sanctions.

New Delhi signed a $3 billion lease deal with Moscow in 2019 for the Chakra-3 submarine. This will be India’s third Russian nuclear submarine, dating back to 1988 when the original INS Chakra was leased for three years. The second was inducted in 2012, following a lengthy refit that caused a time delay.

Russia is reportedly also the biggest arms supplier to India with 46% of its total imports coming from Moscow during 2017-2021. The capabilities that France reportedly could offer India can also be sourced from Moscow. Also, Russia has much bigger clout than the western nations and is also regarded as a much more trustworthy partner for India. The Indian PM Modi would probably go with Russia than with the western nations on any given day.