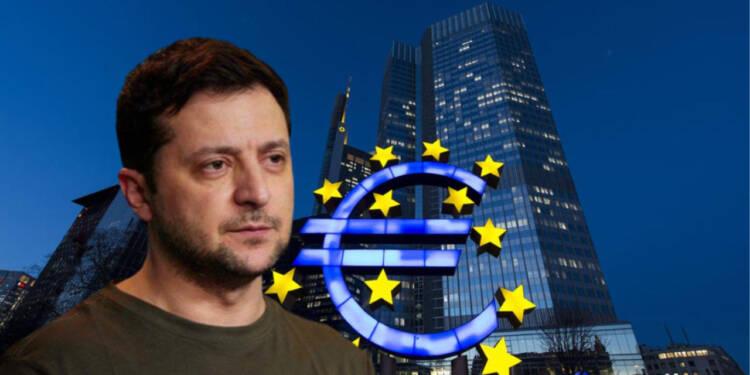 It looks like Ukrainian President Zelensky’s attempt to blame Moscow and its allies for every problem is not bearing fruitful results. Interestingly, Zelensky has reportedly come up with an alternate nemesis; he is now going against the organizations of the nations that supported him in the very first place.

Zelensky has now found a rival in the financial institutions that have been facilitating trade with Russia, either directly or indirectly. ​​Zelensky, however, is a poor man who wants to dominate the world according to his whims and desires. Perhaps he should first take a course in international economics.

A Lesson in Economics

Nevertheless, Russia is one of the biggest commodity traders in the world and all the major banks in the world have trade relations with Moscow. Financial Institutions work for profits and one of their main areas of money-making is by extending credits to facilitate trade in the future. As a result, no bank would want to lose the trade opportunities arising from a market as large as Russia.

Moreover, it is not like the nations were buying Russian energy and commodities out of goodwill. Europe is heavily dependent on Moscow for its energy needs. Modern European economies like Germany imported as much as 32% of their total gas needs from Russia in December 2021. The Baltic nations, too, are dependent on Russia for a majority of their oil imports.

In addition to this, underdeveloped and developing nations often require credit extensions from big banks to pay for essential commodities like food grains and pharmaceuticals. ​​Western banks have been at the forefront of this money-making enterprise by lending money to nations, traders and shipping companies to ensure a constant supply of energy and essential commodities.​
​​
​However, Zelensky feels like all transactions that fund Russia are evil but in contrast, all they are is a simple business.

Still, Oleg Ustenko, economic advisor to Zelensky, thinks otherwise. He said during an interview, “Everybody who is financing this war criminal, who are doing these terrible things in Ukraine, are also committing war crimes in our logic,”

He said the Ukrainian government believes banks, such as JPMorgan, HSBC and Citi, are aiding the Kremlin’s war efforts in Ukraine through financing companies that trade oil with Russia.

Well, one must ask Ustenko whom the banks are financing the oil companies for. Moscow is not forcing any nations to indulge in trade with it. On the contrary, is subject to a vast array of sanctions.

Despite the sanctions, the western nations are pleading with Moscow to ensure an adequate supply of energy amid winters to fuel their industries and keep their houses warm.

As a matter of fact, the banks that Kyiv is aiming for are huge firms that sustain the economy of the countries that have been supporting Ukraine since the very start of the war.
​​
​For instance, J.P Morgan is one of the biggest financial institutions in the US, the country that had previously pledged $40 Billion to Ukraine. HSBC shares its origin in the United Kingdom, whose very PM lost his share as a consequence of his support to Kyiv.

Nevertheless, it is widely known that US President Biden and his allies in the west have supported the conflict for their personal gain. Nevertheless, they did invest enormous sums of money in the Ukrainian military effort.
It would be fascinating to see how the leaders of the west react when they learn that the country they swore they would support is actively working to destroy their economies.

A quote by Wilkie Collins holds in this situation.
“In every class of society, gratitude is the rarest of all human virtues.”