Trudeau plans to flood Alberta with illegal aliens, but he’s already in a for a rude shock 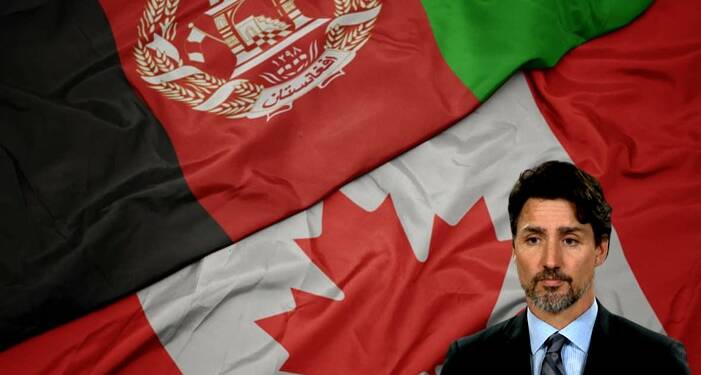 Canada has carved a name for itself by being military-less. Not literally. Ottawa has some 68,000 Regular Force and 27,000 Reserve Force members but the government has been lackadaisical in pouring revenue when it comes to defence budgets. To put it another way, they even lag far behind pacific nations like Japan, which has a constitution that is more closely aligned with pacifism and one that prohibits excessive military spending.

Warfare is ab alien concept to the Canadian military, but over time they made small sojourns to Syria and Afghanistan under NATO’s tutelage. Apart from the wreckage that US- Canada did to Libya, the Afghan one remains the only major fight that Canada can boast about. And thus goes the north American country’s fetishization of refugees, now from Afghanistan.

Ottawa is providing a pathway to thousands of people from Afghanistan to escape the Taliban and cross the Atlantic. The world knows how Canada carries the pride in being a refuge capital, so it is now the turn of Afghans to take the country for a ride.

“Our commitment of bringing at least 40,000 vulnerable Afghans to Canada has not waivered and it remains one of the largest programs around the world,” the IRCC spokesperson noted in a statement e-mailed to Immigration.ca.

“As part of our commitment to Afghanistan, the government developed a special immigration program to offer a resettlement pathway to Afghans – and their families – who had a significant or enduring relationship with the Government of Canada,” noted Emilie Simard, director of IRCC.

Read more: Trudeau turned the most beautiful part of Toronto into a hell just to serve his wokeness agenda

All the generous deeds aside, the indignity from the liberal government takes centre stage only after knowing that it is in Alberta that all the Afghans are being sheltered. High-rise hotels in Calgary, a cosmopolitan city in Alberta are chock full of refugees, who escaped the blood-stained hands of Taliban.

But there is a major question which needs to be answered.

Why not Ottawa, not British Columbia, but only and only Alberta is chosen for accommodating the refugees from Afghanistan?

You see, Alberta is a conservative land that has outshone many liberal strongholds when it comes to development. Trudeau is carefree, young, and heinous when it comes to politics. But his vicious plans didn’t help Trudeau wield power in Alberta province, which is known for its abundant resources.

“The length of staying in temporary accommodation is longer than usual,” said Fariborz Birjandian, chief executive officer at Calgary Catholic Immigration Society. “We don’t want to do that because that’s not good for anybody to keep them more than four or five weeks.”

There have been reported cases of refugees turning hotels into a hub for drugs and all other illicit deeds, dragging the whole place to adopt a ghetto-like culture. The Alberta government had prescient knowledge of this incoming chaos. They already made moves to control the immigration process and had sent a letter to their federal counterpart calling for change.

“We need the ability to respond to the rapidly evolving needs of specific areas and communities, with a flexible system that we can adapt to changing economic and humanitarian needs,” the letter from the Alberta government stated.

The move from Alberta is no ordinary one, as the province is now pushing harder for more autonomy from the Canadian federation, and the prospect of getting this done also looks imminent.

Don’t be mistaken, Alberta’s patience has run out. Recently, the topmost leader of Alberta’s United Conservatives Party or UCP Danielle Smith even proposed a new legislation, namely the Alberta Sovereignty Act, which will simply allow Alberta to ignore federal laws, court rulings and regulatory decisions that the provincial legislature doesn’t like.

Smith said, “It seems to me we’ve established a precedent that laws that do not work in a particular jurisdiction, that the province has the latitude to either seek an exemption or say it won’t apply”. She pointed to B.C. on cannabis and Quebec’s Bill 96, which insists on French supremacy in the province, as examples for Alberta to follow. “B.C. and Quebec have set the standard. So, if other provinces are doing it, why shouldn’t we also assert the rights of our citizens?”

City taxpayers in Alberta are also optimistic about the hopes of a new political landscape of autonomous rule. Trudeau’s present act of kindness is seeing Taliban sweeping across the cities of Alberta. It’s high time the province goes autonomous.