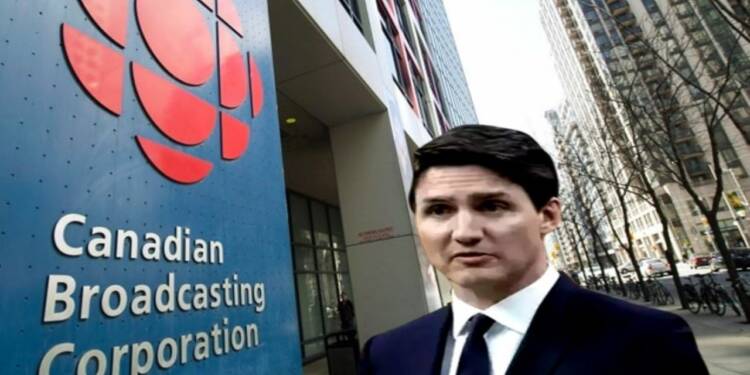 Restrictions are the new normal in Canada. In the name of COVID, people’s rights are taken away with little to no justification at all. While journalists from all quarters are busy questioning the incompetence of the Trudeau-led government, one major broadcasting agency has adopted the role of a trustful disciple of the Trudeau government. Yes, we are talking about Canadian Broadcasting Cooperation (CBC).

In the past two years, Canada never really came out of the Chinese scare with restrictions still going in full flow. Outdated approaches to federalism have resulted in insufficient collaboration around the procurement of essential goods and equipment, poor policy coordination (like travel and health policies), incoherent province-to-province health measures, and inconsistent public messaging.

When everyone was lambasting the inept attitude of the government, CBC employees were bathing in a pool of money. The documents, first obtained by Blacklock’s Reporter, show that in 2020 — Canada’s first COVID-19 case came in late January that year — the public broadcaster spent $15 million on bonuses to employees. In 2020, there were 1,034 full-time employees who received bonuses. On average, that’s about $14,500 per employee. Then, in 2021, with the pandemic in full swing, $15.3 million was paid out. There were 1,033 full-time employees who received bonuses. That’s an average of about $14,800 per employee.

Franco Terrazzano, a member of the Canadian Taxpayers Federation, said it’s unjustified to pay bonuses during the pandemic.

“It’s completely unfair to be handing out bonuses while so many taxpayers struggled through the pandemic with pay cuts, job losses and even business losses,” Terrazzano said.

You see, CBC is a corporation funded by the government. Every now and then, CBC worked real hard to help the government with compromised reporting when the need occurred. The large viewership gave them the confidence to spill out anything in the garb of news.

Talks are already circulating about the shrewd manner in which CBC underreported the cases during the peak time of the pandemic, back in 2021. Therefore, the report that emerged now only broadens the accusations levelled against CBC.

Commenting on the accusations, Leon Mar, a spokesperson with CBC, said “Despite the many challenges brought on by the pandemic, our employees have been able to find creative solutions to continue producing our content and maintain the quality of our programming.”

But Canadians are not that naive to understand the real big guy who pays the bonuses for the CBC employees. Kowtowing to Trudeau is the USP of CBC. Such is the propaganda being spread by the CBC that it would shame even the media outlets in authoritarian North Korea.