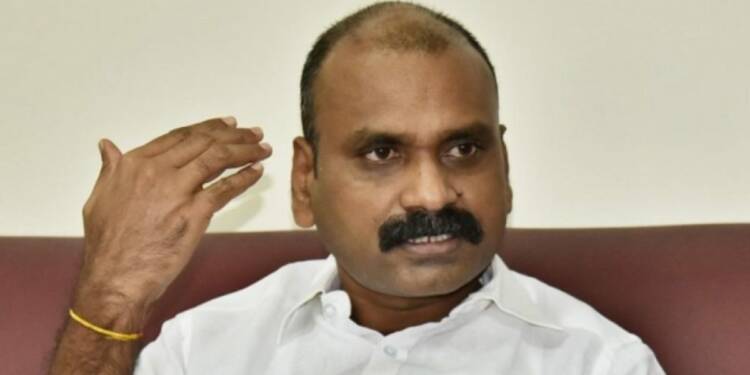 Indian politician and activist Loganathan Murugan now hold the position of Minister of State in the Ministries of Fisheries, Animal Husbandry, and Dairy, as well as Information and Broadcasting. In this article we are going to talk about the biography, career, notable works, and family of L Murugan so read the article till the end.

Prior to being appointed a Union Minister of State on July 7, 2021, he served as the BJP’s state president in Tamil Nadu.

He ran for the Rasipuram seat in the 2011 Tamil Nadu Assembly elections on the BJP ticket, but only received 1800 votes. He briefly held the position of governor of Kerala. From 2017 until 2020, he held the position of vice-chairman of the National Commission for Scheduled Castes (NCSC). Later, before the conclusion of his time at the NCSC, Murugan announced his resignation and met with top BJP figures.

He asserted that “foreign forces” were involved in S. Anitha’s suicide and that NEET was necessary during the protests against NEET in Tamil Nadu. In Tamil Nadu, according to Murugan, there was a rise in love jihad in January 2020.

As a Union Minister

During the Cabinet reshuffle on July 7, 2021, Murugan was sworn in as the Minister of State in the Ministries of Fisheries, Animal Husbandry, and Dairy, as well as Information and Broadcasting. Since Independence, He is the first member of the Arunthathiyar community to be appointed a Union Minister.

In August 2021, he was the minister in Modi’s cabinet with the most criminal cases pending against him with 21. In October 2021, He asserted that the protest of Indian farmers from 2020–2021 was being driven by “vested interests.”

L Murugan was born into an Arunthathiyar family who spoke Telugu. He was born on May 29, 1977, to L Varudammal and Loganathan in Konur, Tamil Nadu’s Namakkal district.

He earned a law degree from Tamil Nadu Dr. Ambedkar Law College in Chennai and a master’s and a doctoral degree from the University of Madras. He joined the Akhil Bharatiya Vidyarthi Parishad and afterward the Rashtriya Swayamsevak Sangh in 1997 after being inspired by Hindutva philosophy.

He has at least 15 years of legal experience and is currently the Government of India’s Standing Counsel in the Madras High Court. He has testified as a lawyer for the BJP in a number of trials.

While a member of the RSS, Murugan held the position of national general secretary for the SC division.

He represents Madhya Pradesh in the Rajya Sabha.

He holds the position for the Arunthathiyar community for the first time.

He ran for the Tamil Nadu assembly in 2021 from Dharapuram but was defeated by N. Kayalvizhi of the DMK by 1,393 votes.

Murugan works as an advocate for a living.

L Murugan is working on his law doctorate at Madras University.

We hope this biography article of L Murugan will be helpful for you to understand his journey and works.

EU withstood the Coronavirus, but it may not withstand Gas diktats