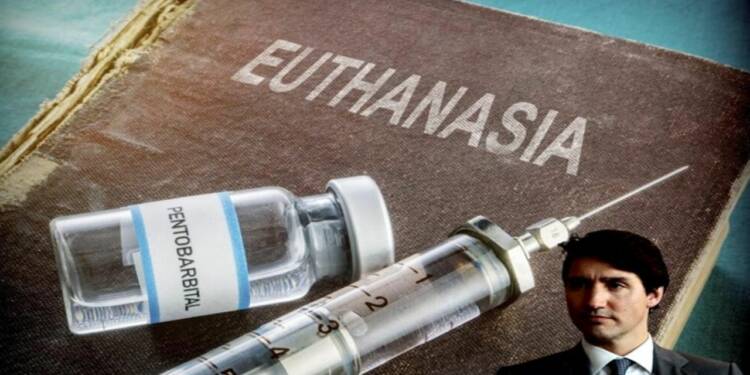 Over the years, Canada has expanded its medical assistance in dying program, which has provided an option for those with certain types of illnesses for years. The move was riddled with accusations after Canada passed euthanasia laws that allow for euthanizing people if they are too poor to continue living with dignity. Many voices were raised over the issue, but as usual, Prime Minister Justin Trudeau didn’t care about the opposing voices.

We all know how terrible politics is at present in Canada. Domestic politics interests Justin Trudeau since he can’t do anything by himself in the global arena, as it is Joe Biden who controls Canada’s international affairs. In the domestic sphere, one issue has recently caught the attention of Canadians—the wokeness practised by the Trudeau government over assisted killings.

You see, the woke agenda has now travelled to unprecedented levels. Children aged 6–12 in schools are taught how a person is killed during euthanasia. It is a common practice that most parents never seem to care more about this issue simply because they think that children are incapable of forming any ideas about complex matters like euthanasia.

But studies by the National Institute of Mental Health in the US have everything required to give parents in Canada the necessary concern. The whole euthanasia agenda being served to small children in schools has the potential to seriously impact the emotional well-being of children as their loved ones’ killing is discussed, planned, and executed.

Even after being aware of the chaos, this move could instil in young minds, the government in Canada is still standing firm with some additional dose of wokeness to support the move.

“We endorse killing as an acceptable answer to human suffering, we have to train the children that assisted killing is okay,” school authorities in Canada were quoted as saying.

Additionally, a good deal of thought should be given to the fact that in Canada, euthanasia is a “Yes” while “palliative care” gets a big “NO”.

Canada has created a positive right to euthanasia — including coercing dissenting doctors into participating in the deed in Ontario. Yet, according to a study published by the Canadian Institute for Health Information, only 15 per cent of dying Canadians have access to quality palliative care in their last years of life.

Palliative care is an interdisciplinary medical caregiving approach aimed at optimizing the quality of life and mitigating suffering among people with serious, complex, and often terminal illnesses, with death as the outcome. Many studies are bound by the fact that such medical approaches can taste success. But it is characteristic of Prime Minister Justin Trudeau to not move in a logical way, as he will be robbed of his chance to flaunt his woke genius to the world.

Make no mistake, Canadian kids would surely recognize the injustice of killing their loved ones. With the issue getting more discussed in the Canadian political discourse, Trudeau’s attempt to indoctrinate young minds is sure to hit a roadblock in the coming days.