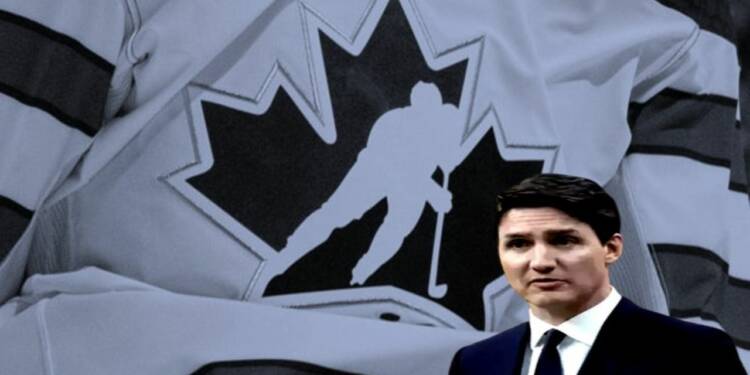 It is never a good omen for Canadians when Justin Trudeau is the prime minister. Crisis is all over Canada but now it has found a way to get into the long untouched domain of sports. The explosive issue started back in May when Hockey Canada reached a settlement with a young woman who was sexually assaulted in London in 2018 by eight Canadian Hockey League (CHL) hockey players, including members of the World Junior team.

The tainted world of hockey in Canada

The woman said that an unnamed hockey player bought her alcoholic drinks at a local bar. She claimed that she became visibly drunk and was seen stumbling and slurring in her speech.

At some point, said the statement of claim, the player allowed seven others to enter the room without her “knowledge or consent.”  She further said that the men brought “golf clubs with them, knowing it would further frighten and intimidate her.”

More the revelations made, more the atrocities committed by the hockey players came into the open. As the issue started getting headlines, the responsibility to handle this crisis fell on Prime Minister Justin Trudeau since Sports Canada comes under the federal department of heritage.

Read more: China’s ice-hockey team: “Made in Canada” and “Sponsored by IOC”

As more and more critics called on Hockey Canada’s leaders to resign, the organization’s president and CEO Scott Smith said he won’t step down unless he’s told to by the board of directors. One shouldn’t have expected anything logical from the Trudeau government but robbing all sense of morality, the government went ahead with just compensation that said Hockey Canada’s board pay the victim up to $3.5 million.

Hockey Canada said it took $7.6 million out of the National Equity Fund, which is funded in part by minor hockey league registration fees — a fact that has sparked public outrage. Hockey Canada said this month it would no longer use the fund to settle such claims.

Hockey Canada further released a face-saving plan on Monday to rid the sport of “toxic culture,” including mandatory chaperones for underage athletes at its events to enforce curfews and ensure no alcohol is consumed. Hockey Canada also said it will no longer host “open bar” events.

You see, Trudeau who never shies away from discussing women’s rights issue in Middle east and human rights concerns in other parts of the world, encouraged the Hockey board to pay the compensation and settle the case. This reflects the farce the liberal leader blares through the mic in the form of women’s rights. In this particular case, the Trudeau-led goverment even neglected the sufferings that the victim went through.

Making matters worse came the recent revelation that showed the cruel neglect that Trudeau has been practicing for this long. Michel Ruest, a senior director of Sport Canada, said that the federal organization was made aware of an alleged sexual assault involving members of Team Canada’s world junior hockey team in late June 2018, but it did not follow up with Hockey Canada over the next four years.

This revelation is clearly hitting on the fact that the higher-ups including Justin Trudeau knew very well the dirty business running under the garb of sports in Canada. These assaults kept on happening annually but no one in the government cared a bit to straighten things up. It is only after the case went like wildfire that Trudeau got alarmed.

Make no mistake, this episode should make women in Canada learn the deep reality behind Trudeau’s self-proclaimed feminist mask.