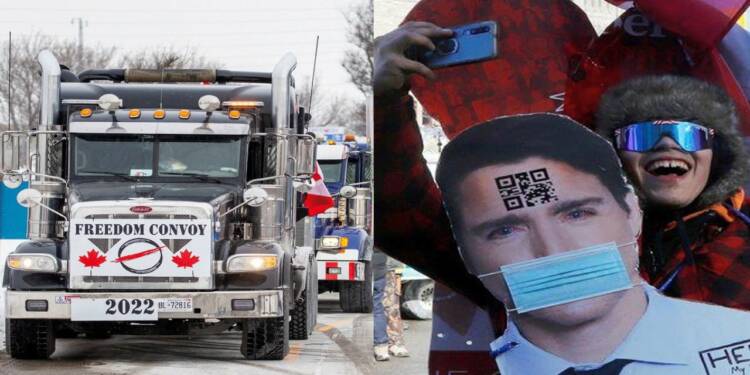 For all these years with his progressive doings, Prime Minister Justin Trudeau has made a name for himself as the epitome of ignorance. Cracking down on Freedom protests and quickly imposing emergency laws is exemplary of Trudeau’s vision of liberalism in Canada. It is questionable if there ever was a government or leader that the Canadians hated as much as Trudeau.

Even if the answer is yes, Trudeau won’t care that much because it is very much in the nature of the prime minister to wear a smiley face and show ignorance. And now the same ignorance has travelled to such an extent that the government of Canada is being accused of mimicking Chinese-style surveillance by prying on the personal details of its citizens through the ArriveCAN app. And sadly for Trudeau, an investigation has started.

Canada’s privacy commissioner has launched an investigation into the controversial ArriveCAN app amid complaints that the app is collecting travellers’ personal information.

“Our office has received and is currently investigating a complaint that raises concerns with respect to the collection of personal information through ArriveCAN and subsequent use of that information,” said the Office of the Privacy Commissioner of Canada in an email dated July 27.

You see, ArriveCAN is a mandatory travel app in Canada that should be used by any traveller wishing to enter the country. The app was put to use to track down the rising cases of COVID.

But a deep look down into the details of the app will give the necessary shrills to Canadians. There are serious privacy issues raised by the massive amounts of personal data that are collected and stored through the ArriveCAN app. The federal government published a privacy notice outlining its plans for using the data, including how it might be shared with other departments in compliance with the Privacy Act and emergency orders, in addition to when the traveller enters Canada. Information entered in the ArriveCAN app may be kept for at least two years. The likelihood of data misuse, security lapses, and sharing with unauthorised parties is still very high.

Additionally, in June 2020, Conservative MPs asked the privacy commissioner to investigate the app due to concerns about the misuse of personal data. At the time, the commissioner said he reviewed the app’s privacy conditions and didn’t have any concerns.

Executive Director of Global Privacy and Security by Design Ann Cavoukian told “They are collecting all of this mobile data. 33 million mobile devices and mobile devices are usually linked to personal identifiers, and you have to take some measures to remove them and de-identify the data in a strong way so it can’t be re-identified. We have no assurances to that effect whatsoever.”

Interestingly the Trudeau government has been time and again got into the receiving end of criticism for collecting the personal data of Canadians. Don’t forget, in December, it was revealed that PHAC secretly spied on millions of mobile devices of unsuspecting Canadians to monitor its lockdown measures. Part of the project involved collecting the cell tower locations of devices and other mobility data.

Well, Trudeau is surely giving tough competition to the Chinese Communist Party’s model of surveillance. Canadians are currently under a myriad of anxiety and this infringement on their personal details will be the next vile thing committed by the liberal-fanatic prime minister, Justin Trudeau.