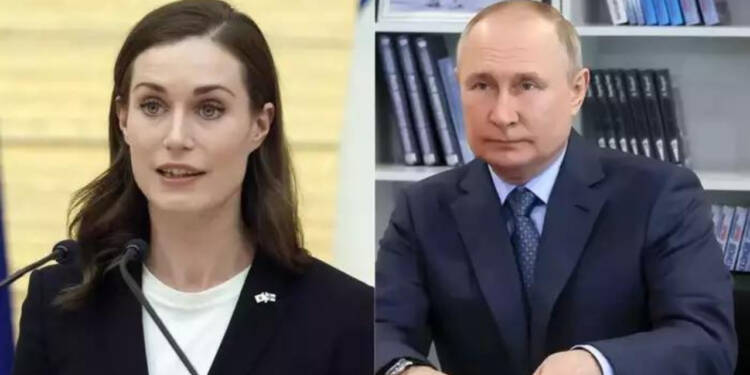 For years, Finland’s approach toward Russia had remained neutral. But, the Ukraine war has turned the world upside down. Russia’s neighbouring Nordic country has suddenly become a vocal opponent of Russian aggression.

This sudden shift of attitude was welcomed with warmth in Brussels. Finland supported economic sanctions on Russia, furthermore, it also became part of the NATO alliance. Now, the EU is demanding something that could crumble the Finnish economy, hence, Finland has turned a deaf ear.

The Finnish government is under increasing pressure to shut its eastern border with Russia and fix the loopholes within the sanctions. The most obvious justification given for this is that “Russians are coming to Finland.”

Recently, Russia relaxed its COVID-related border restrictions for the first time after the pandemic. This means that Russians with Schengen visas can now legally cross the border by bus or car. Prior to the pandemic, a horde of Russians used to cross the Finnish border, and play a major role in expanding Finnish tourism. But, the EU looks to stop Russian tourists as soon as possible stressing that these tourists could be a threat to Helsinki’s ‘security’. But, Helsinki thinks otherwise.

Through some recent actions of Finnish officials, it looks like Finland is in no mood to close its borders. The Finnish government wants the EU to take a common position on this rather than acting unilaterally. Furthermore, Prime Minister Sanna Marin is currently on summer holiday, and there’s a sense that her caretaker replacement is unlikely to make any strong stance.

Opposition leader, Kai Mykkänen has told Euro news that “Internally the Parliament has been chatting about its pros and cons, the main challenge is that closing the opportunity for Russians to come here might create anger towards us, whereas our aim is to create anger towards Putin’s regime and the war,”

The Finnish politicians are not entirely wrong when they think closing the Russian border might create anger within the Finnish people because, Russians play a crucial role in running the Finnish tourism sector, and thus its economy.

Read More: Finland says joining NATO a strategic success. But there is a problem

Before the Pandemic and Ukraine War, Finnish businesses in bordering cities use to take advantage of Russian tourists. The share of Russian contribution to Finnish tourism is as much as 19%.

Russians have been coming to Finland for years solely to shop and let’s face it, they have an immense purchasing power.

But, due to the ongoing circumstances, and the absence of Russians, the Finnish tourism industry is totally devastated. Finland has already lost billions of Euros as tourism has hit a snag.

Helsinki is doing every trick in the book to get its economy back to pre-war levels in an effort to rescue it. The EU, however, wants them to take the exact opposite approach. Finland’s economy will collapse if it does act unilaterally and closes its border. But, that seems unlikely, it does not want to take any action as a part of EU diktats.