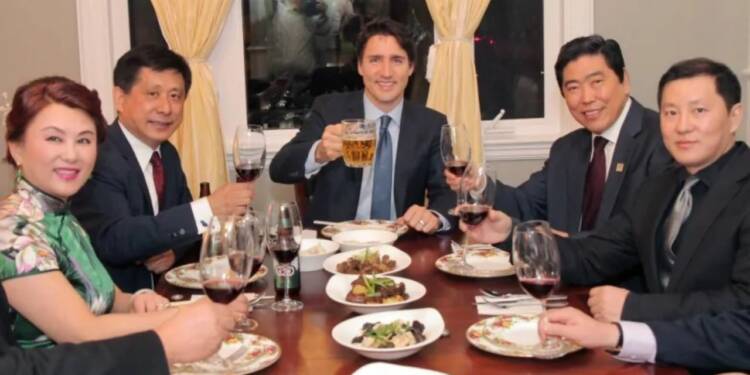 Setting up a corporation, or perhaps a series of corporations in order to maximise corruption? Well, Justin Trudeau did it. Yes, you read that right. Trudeau has committed numerous frauds under the garb of charity.

The Pierre Elliott Trudeau Foundation, commonly called the Trudeau Foundation, is an independent and non-partisan Canadian charity, founded in 2001 by friends and family of former Canadian prime minister Pierre Trudeau.  The foundation supports creative and critical thinkers who make meaningful contributions to critical social issues through scholarships, fellowships, mentorships and public interaction events. It has granted hundreds of major awards to top researchers and highly accomplished individuals, in Canada and abroad. So far so good.

But there’s something which isn’t as good as it seems to be. The problem is with the Trudeau foundation’s governance model. Two members of the foundation’s Board of Directors are appointed by the Minister of Innovation, Science & Economic Development Canada (ISED) —  a minister who is appointed by Justin Trudeau.

The directors of the board oversee or control the management of the foundation’s operations and business. They are chosen by the foundation’s members to serve two-year terms that are renewable.

The Trudeau foundation boasts that it has a distinguished and diverse board of up to 18 directors to oversee the foundation. However, there’s more than what meets the eye. You see, two seats are set aside for directors chosen by the Innovation Science and Economic Development  Minister of Canada, and two more are designated for members of the Right Honourable Pierre Trudeau’s family.

Furthermore, members of the Trudeau Foundation are given six seats and are chosen by the Minister of ISED Canada, who is a Justin Trudeau-appointed minister. In other words, the foundation’s members are filled with Trudeau loyalists.

Money raining on the Trudeau foundation

According to the National Post analysis, one in six donors have affiliations with organisations currently lobbying the government. Perhaps, the donors of the Trudeau Foundation have a huge influence on the government.

Moreover, the report states that gifts to the foundation have increased significantly since Justin Trudeau took office in the April 2013 election as a leader of the Liberal Party in Canada. The amount of money that has been contributed to the foundation by the foreign donors has also seen a spike since then. Furthermore, there were also reports that Chinese businessmen donated money to the Trudeau Foundation and financed a statue of Pierre Elliott Trudeau. All in all, ever since Trudeau came to office money started raining on the foundation.

You see, ISED Canada was integral in crafting our pandemic response. They were responsible for rewarding many contracts. To find out that they have a direct link to the Foundation during a time when donations to the Foundation have skyrocketed is concerning.

Read More: Papa Trudeau laid the foundation for boy Trudeau to make money in the name of indigenous Canadians

Well, now it’s high time to ban the Trudeau Foundation as the whereabouts of the donations still remain elusive. Don’t be fooled, the Trudeau family is fattening their wallets in the garb of philanthropy.