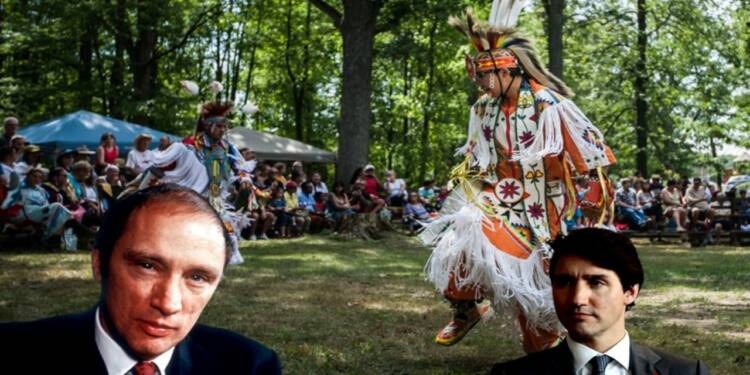 Aboriginals have been wiped off their own land in Canada. No Prime Minister in Canada was so competent or rigorous enough in their efforts to advocate for the rights of the Indigenous people until Prime Minister Pierre Trudeau.

Pierre Trudeau was elected as Canada’s fifteenth prime minister more than fifty years ago. His accomplishments were very astounding. Pierre Trudeau’s historic dealings with Canada’s aboriginal people are well known. While Senior Trudeau was busy laying down the groundwork for a vast social and political transition for the aboriginals and their rights, he also laid spadework for his son, Justin Trudeau, to feed upon.

Read More:  How the Saudi Prince found a useful idiot in Justin Trudeau

But, ironically, doubling the amount of spending has not led to a doubling in the output of the cause. In fact, the graph has seen a steep drop.

“While spending more money than ever before on Indigenous services, the government is making less progress,” Parliamentary Budget Officer, Yves Giroux noted in a recent report.

“Over 2015-16 to 2022-23 period, there has been a significant increase in the number of financial resources allocated to providing Indigenous Services,” Giroux said, but the increase “did not result in a commensurate increase in the ability of the organisations to achieve the targets they had set for themselves.”

The amount has increased whereas the ability of the organisations to fulfil the targets has severely declined. Ferguson claimed that Ottawa operates its Indigenous programmes “to accommodate the individuals controlling them, rather than the people receiving the services” in a series of damning assessments from 2016 to 2018.

As a result, compared to the general population, the rates of poverty, unemployment, addiction, incarceration, abuse, and school dropout remain stubbornly higher.

“We don’t see those gaps closing,” Ferguson said. “We don’t even see that they know how to measure those gaps.”

Now, the major question is, where is the amount being used? Where are the funds going? Perhaps, in the garb of Indigenous Canadians, Trudeau Jr is filling his own coffers.

Well, this is not the first time when Canada’s Prime Minister Justin Trudeau has been at the centre of a huge scandal. Earlier, the WE Charity scandal exposed Trudeau’s cronyism and deep conflict of interest.

It all started with the awarding of a federal contract worth $912 million to WE Charity Foundation for administering the Canada Student Summer Grant program (CSSG). The program was designed to create grants for Canadian students who volunteered during the COVID-19 Pandemic.

WE Charity, which is described as an international development charity and youth empowerment organisation, has had close links with Trudeau, since the very inception of his political career. In fact, during a 2015 interview with the Ottawa Citizen, Craig Kielburger, WE Charity co-founder, called Trudeau a friend and someone whom he had known for over a decade.

Now, things got quite murky here. Firstly, WE Charity Foundation was selected without any prior bidding. Why? Rachel Wernick, Senior Assistant Deputy Minister, Skills and Employment Branch (SEB), at Employment and Social Development Canada, who suggested WE Charity’s name for the job has an answer. She claimed that other options were considered, but none except WE Charity met the criteria for administering the grants program.

Secondly, the contract was awarded to WE Charity Foundation and not WE Charity, which made a huge difference. While WE Charity is an international charity organisation founded in 1995, WE Charity Foundation is a distinct charity with no track record. The Foundation was incorporated in January 2018 and was described as inactive in August 2018. It became a federally registered charity only in April 2019. Its stated purpose was to hold WE Charity’s property worth several million Dollars. Now, why the Trudeau government felt that only the WE Charity Foundation could administer CSSG is something that it has failed to explain.

Anyhow, the bigger issue was the family links. WE Charity also disclosed that the Prime Minister’s wife was paid for appearing in its events.  All in all, Trudeau’s political career has been marred by a number of frauds. Don’t be shocked if he continues to function in a similar corrupt way and is fattening his own wallet in the name of aiding Indigenous people.

24 Matters of The Heart Quotes to Make Your Day