Switzerland says China is its ONLY enemy 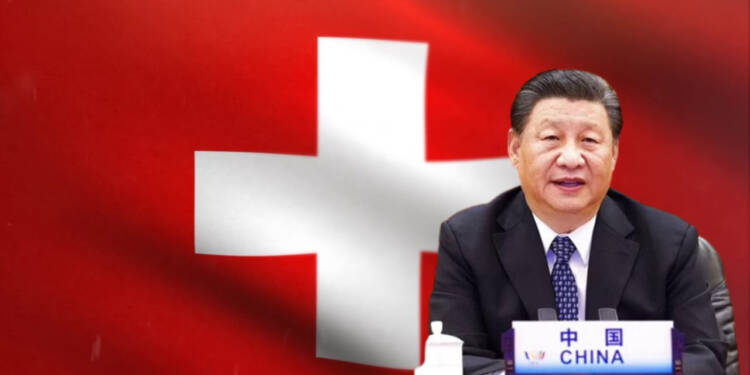 China seems to be highly motivated by the developments in Ukraine and it seems that Beijing is looking for the perfect time to launch an invasion of Taiwan. The CCP has not let go of its claim on the Island which is now home to a well-established and advanced semiconductor industry. The economic gain associated with the control of Taiwan is immense. But so is the struggle.

It is worth mentioning that State Secretariat for Economic Affairs (SECO) Director – Marie-Gabrielle Ineichen-Fleisch, who plays a significant role in affecting economic sanctions, believes that Switzerland would surely act on sanctions imposed on China if it invades Taiwan.

She further stated that the extent of the sanctions should be more severe than what Moscow is facing and believes that the EU and the US should indulge in lengthier discussions to decide on appropriate sanctions against China.

Taiwan’s state-of-the-art semiconductor capabilities are reason enough to protect it from China. It seems the world, including a traditionally neutral Switzerland, will surely unite to hinder the Chinese from invading Taiwan.

China recently ramped up its military presence in the region and is forcing Taiwan to buckle under pressure. It is worth noting here that Biden had vowed military intervention in case this happened. China has much to learn from Russia in this regard. Moscow has become a prime example of a nation that is capable of surviving against all odds. Multiple powerful economies had sanctioned Russia in the aftermath of the latter’s “Special Operation” in Ukraine. However, Moscow’s strong economic policy and its control over the commodities supply of Europe helped it survive the sanctions.

Support of European nations like Switzerland is dependent on mutual trade and commodity leverage and that is exactly why Switzerland was reluctant in sanctioning Russia in the initial days of the war.

Switzerland was initially opposed to the idea of ganging up with the European Union in affecting sanctions against Moscow. The land of luxurious watches and chocolates has always been a haunt for Moscow’s elite and a repository of Russian riches and this could’ve played a role as well.

However, increasing pressure on Switzerland from the international community made it rapidly seize the assets of hundreds of Russians who have been subjected to sanctions.

Switzerland is highly dependent on its secure banking system to bring in most of its revenue. Many Swiss banks are considered highly reliable and reportedly also do not allow for the outflow of any sensitive information, even when requested by heads of powerful nations.

Switzerland’s abilities to keep secrets and secure money played a huge role in turning it into an advanced economy. That is why the leaders were reluctant to sanction any Russian leaders and divulge their information: they’d be turning their backs on the practices that paid huge dividends. Strict adherence to EU guidelines would discredit the “secret and secure” Swiss banking system.

Switzerland has long been looking to make its views clear on illegal invasions and Russia doesn’t get a mention. The head of Switzerland’s agency that implements economic sanctions said that her country would adopt any punitive measures the European Union launches against China if it invades Taiwan.

China has increased its military presence in the region of Taiwan in an effort to exert pressure on the administration to recognize Chinese dominance. The government of Taiwan says that despite its desire for peace, it will defend itself if provoked.