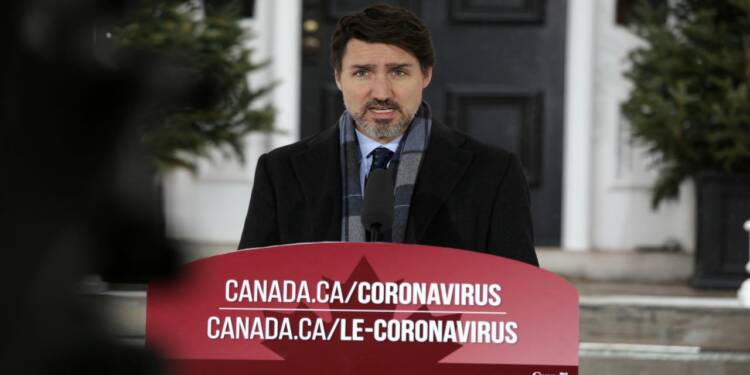 It feels like the pandemic is never going to end in Canada. Restrictions and fines have slowly started to become the new enemies of most Canadians. And for Prime Minister Justin Trudeau, playing with the health of Canadians is the biggest business of all. He has shown this time and again with his dalliance with big pharma companies.

Questions were always there regarding the vaccines being allotted for children. And now, even experts have made comments that didn’t suit Trudeau’s way. But sadly, the experts should have been mindful enough to give thought that it is Trudeau’s Canada and here, any opposing voice will be punished.

Trudeau’s dalliance with big pharma companies is an open secret. Canada pays the highest prices for drugs in the world. Although having the name of one of the high-income countries in the world, Canada is yet to formulate a concrete plan when it comes to universal drug planning, and the most egregious is the government of Canada that is playing with the lives of people to boost the empires of the big pharmaceutical companies.

Dissident Scientists will be Jailed

Trudeau’s association with big firms invited numerous attacks from the opposition, but the prime minister is such a vile person that he has acquired in large the artfulness of ignorance. But now, even that hard-earned skill is proving to be no help for Trudeau as the little Castro in him is popping out, letting the world know in detail about the new authoritarian in town.

Dr Patrick Provost, microbiology and immunology professor at the Université Laval in Quebec province, was punished for remarks he made in front of a panel of doctors and scientists back in December 2021. He said that the risks of injecting children with an experimental gene-altering mRNA COVID shot outweigh the potential benefits.

His remarks were not without basis as he studies mRNA in his own laboratory as part of his position at the university. “Being censored for doing what I’ve been trained to do – and hired to do – well, it’s hard to believe,” said Provost. “I had some concerns about something, [so] I searched the literature, I prepared a speech [and] delivered it to the public,” he added.

It is not the first time ULaval University in Quebec has made headlines. ULaval also suspended biology professor Nicolas Derome for bringing up his concerns about the shots back in November 2021.

Simon Viviers, vice president of ULaval’s faculty union, said a grievance against the “attack on academic freedom” had been filed. He added that the penalties on Provost and Derome will make other professors think twice about making public comments on certain issues.

This public research university has been home to sane voices who, of course, will question the lunatic policies employed by the Trudeau government. The epitome of freedom that is Trudeau has now taken his craft of curbing dissenting voices not just among commoners but also with experts and academics who have some say in matters that the prime minister is completely alien about.

Trudeau’s vaccine manoeuvres are a sure-shot push to widen the lucrative business of the big pharma milieu while compromising on the national pharmacare of Canada. With evidence remaining copious about the low efficacy that these big pharma vaccines produce, Trudeau is too busy to lend an ear to critics.