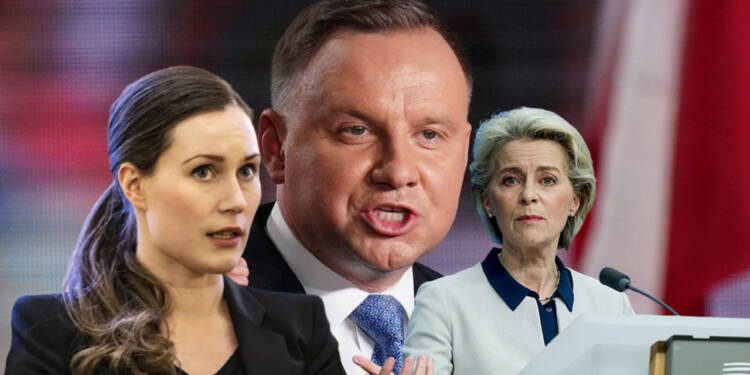 The European Union has long been making extensive efforts to maintain unity between its member nations, but it seems like Brussels has lost its erstwhile edge and the end of the mighty European Union is nearing.

The war between Ukraine and Russia has altered the geopolitical dynamics around the world. Member nations of the union are rising up against the hegemony of the dominant nations in the grouping and the sounds of an impending breakup are echoing in the background.

Poland has been loyal to the west in its aggression against Russia. However, as a consequence of its actions, Warsaw is now in the grip of a record high inflation swirling at the highest rates in a quarter of a century. Understandably, Polish leaders are slowly coming to a consensus with the realities of the world.

A few months ago, with the help of the US, Poland declared in public their ambitions of building the strongest military in Europe. Till now, it was France and Germany that remained the unrivaled ones when it comes to military might in Europe. So, Warsaw delivering such high hopes to rival France and Germany is discomforting the European super elites.

Poland is also reportedly rebelling against the idea of the European Union to encourage all nations in its influence to adopt the Euro as their sole trading currency. The Polish central bank Governor Adam Glapinski said Germany is pressuring his country to adopt the Euro and vowed to prevent it as long as he’s in charge of the monetary policy.

The surprise entry to the list is Finland. The nation was long being used as a proxy to trigger Russia into opening a war on another front, however, Moscow knew better not to engage in the conflict further. Turkey was blocking the accession of Finland to NATO, but after Erdogan gave the nod, the European Union has now begun targeting the Nordic country.

According to a new law proposed by the European Commission in December, a project known as the Trans-European Transport Network is in the works which will impact trains, roads, rivers, shipping routes, airports, and other transport channels throughout Europe.

Incidentally, The European Commission has reportedly asked Finland to build narrower train tracks in line with European standards. Due to historical factors, particularly due to trade with its eastern neighbor, Finland’s track gauge measurements are 1,524mm, which is 89mm wider than the European standard.

Finnish transport and communications minister Timo Harakka (Left), said that the proposal was unreasonable and would be too costly an undertaking. He thinks that Finland should be granted an exception from the width requirements, adding that the European Commission will listen to Finland’s views on the matter.

The Finnish Prime Minister Sanna Marin is expected to maintain her stand against the implementation of the proposal in her country as the Union decides to work on it in the autumn.

The European Union’s legitimacy is on the constant drop with major nations like Spain, Poland, and Finland in open rebellion against the dominance of bigger member economies. It looks like the supposed “Friendship” has lived its course and is heading towards an impending demise.