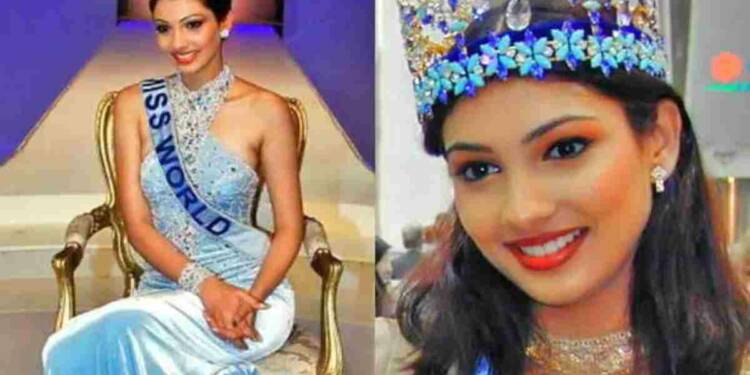 Yukta Inderlal Mookhey is an Indian civic activist and Miss World 1999 winner. She is the fourth Indian woman to be crowned Miss World, having previously been crowned Femina Miss India World in 1999. She was a model and actress who appeared in Hindi films. In this article we are going to talk about the biography, career, notable works, films and family of Actress Yukta Mookhey so read the article till the end.

Mookhey entered the Femina Miss India contest in 1999 and was shortlisted as a contestant.

Mookhey moved on to the next round, where all of the Top 5 delegates were asked the same question:

“In the context of the recent controversy, what is the single most important advice you, as a daughter, would give to your parents Bill Clinton and Hillary Clinton, and why?”  She said

If I was Chelsea Clinton, I would tell my parents that in the values that you have taught me, I still stand by you no matter what. And I hope we can set an example for the rest of the world to see what family values and ethics are all about. Thank you”

After the event, she was crowned Miss India World 1999 by outgoing titleholder Annie Thomas, earning her the right to represent India in the Miss World 1999 competition.

The 49th Miss World pageant was held on December 4, 1999, at Olympia in London, with 93 delegates from around the world competing for the title. During the pageant’s question and answer round, she was asked who she would like to be if she could be anyone in the world. “It has to be Audrey Hepburn,” Mookhey replied. It was her inner beauty, compassion, and aura that drew me in. The peace she felt within herself was reflected.

After the event, Yukta Mookhey was crowned Miss World in 1999 by her predecessor, Israel’s Linor Abargil. Martina Thorogood of Venezuela was the first runner-up, followed by Sonia Raciti of South Africa as the second runner-up.

Yukta Mookhey was born in 1979 in Bangalore to a Sindhi family and was raised in Dubai until the age of seven.  In June 1986, her family returned to Mumbai.

Aroona Mookhey’s mother used to run a grooming salon in Santa Cruz, Mumbai, and her father, Inderal Mookhey, was a former Managing Director of a clothing company. After high school, she attended the V. G. Vaze College of Zoology in Mumbai. She holds an Aptech diploma in computer sciences and has studied Hindustani classical music for three years.

Mookhey married Prince Tuli, a New York-based businessman and financial consultant, in a ceremony held at the Grand Maratha in Mumbai on September 7, 2008.  On November 2, 2008, the couple married in a traditional Sikh ceremony at a Nagpur Gurudwara, followed by a reception. They have one son as a couple.

We hope this biography article of Actress Yukta Mookhey will be helpful for you to understand her journey and works.