The Alberta conundrum: Ominous signs that Trudeau is ignoring 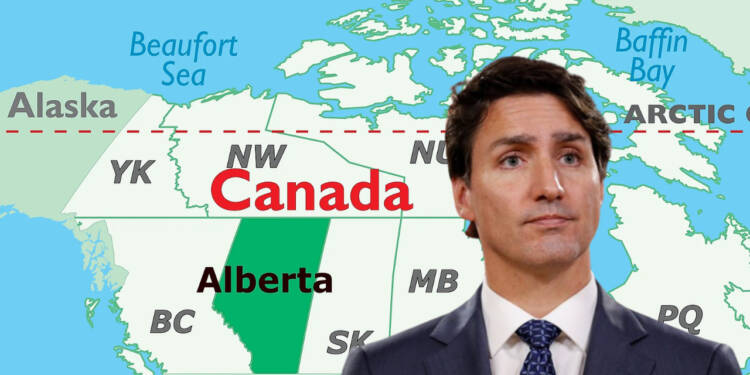 Back in 1998, the letter to a prominent newspaper in the form of an Op-ed raised many eyebrows. The suggestion was to trade Alberta to the United States for Minnesota. Alberta is Canada’s crown jewel when it comes to oil. And the province is the headquarters of the right-wing political movement in the country. So many Albertans thought it could perfectly fit in the American west because, in Canada, Alberta happens to be an outcast.

In the present day with Justin Trudeau in power, nothing has changed. The prime minister is aching to smash the harmonious picture of Alberta with every chance. But now, the western Canadian province has taxed the willpower to give the necessary lessons to the prime minister-fanatic in a way that hurts him most.

RCMP, when expanded-the Royal Canadian Mounted Police, commonly known in English-speaking areas as the Mounties, is the federal police service of Canada. While police services are the constitutional responsibility of provinces and territories, the RCMP’s primary responsibility is the enforcement of federal criminal law. But Alberta has decided to do something different here.

The United Conservative Party (UCP) has released its plan detailing the projected “future of policing.” Yes, this calls for swapping of RCMP for a provincial police force. On Wednesday, the Province launched a website (futureofpolicing.ca) which it said is aimed at providing the public with information about the opportunities associated with a provincial police force. Some of which are improved civilian oversight, more front-line police officers, and better service levels across the province, according to a press release.

“Albertans feel good about Alberta,” once said Thomas Flanagan, a political science professor at the University of Calgary. “If we can just be left alone to run our own affairs, and be taxed as little as possible, we’ll be fine.”

But the big dreams among Albertans will never be a reality under Justin Trudeau. The prime minister is dying to torpedo the long-held bastion of Conservatives in Alberta and the rage will never stop until Trudeau starts to score political points in the Western province. But more than anyone else, Justin Trudeau gets the fact that it is not a cakewalk to raise the liberal flag in Alberta.

So, adopt a creative destruction tactic of isolating Alberta from the rest of Canada with no access to any help from the federal government.

In the past, Alberta’s call for help during peak covid times was wilfully neglected by Trudeau. The prime minister paced towards Quebec with necessary funds but delayed the same when it came to Alberta.

Interestingly, for decades, Albertans have shared their wealth with the rest of the country—more than $600 billion since 1967. Albertans don’t begrudge helping smaller provinces, but the only bafflement is the failure of bigger liberal provinces like Quebec and British Columbia to use their own resources.

Also Read: Trudeau plans to flood Alberta with illegal aliens, but he’s already in a for a rude shock

Alberta is the only province that has expanded the educational hopes with real school choices for students. They are phenomenal when it comes to healthcare and is a haven for car owners to rely on lesser fuel prices. But Ottawa-based federal politicians and Trudeau’s bureaucrats are trying all means to bruise this harmonious land.

And now, Alberta is setting the stage for an uphill battle with the Trudeau government by doing the legwork for a provincial police force. In clear terms, Alberta will have their own army and it will puncture every bit of heinous ideas that Trudeau had in mind. The rising call for autonomy is also welcomed by most Albertans and is a testament to the conservative ethics they espouse.

Everything happens for a reason. In Alberta’s case, it is Justin Trudeau. The prime minister omitted the fact that he is not just the prime minister of liberal provinces but also the one who did not vote for him. Alberta is a lesson for Trudeau that development and ethics sit well above empty slogans and liberal charades.